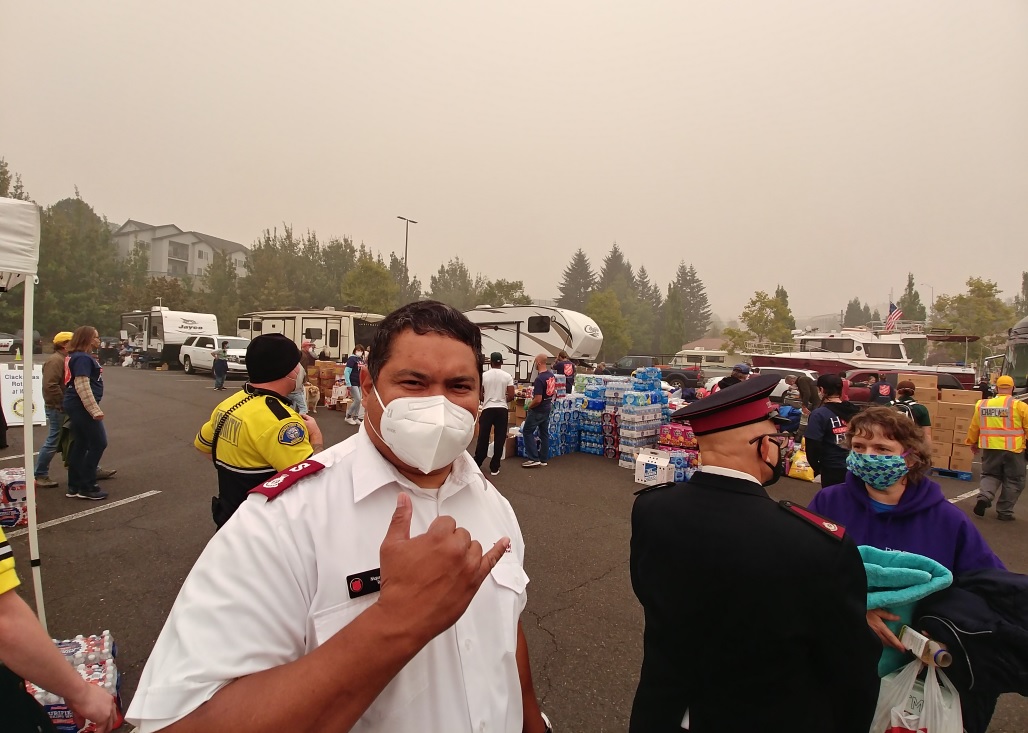 Volunteers went to three different wildfire evacuation sites in Portland on Saturday and all three were overloaded with donations — to the point where they simply could not accept them.  The three sites full of RV campers who had to evacuate their homes were the Portland Adventist Conference Center in Gladstone, Salvation Army at Clackamas Town Center parking lot and the Elks Lodge in Oregon City.   There were mountains of donation items.   At the Clackamas Mall parking lot there was even a mobile truck that provides private showers.

The one item that the Salvation Army was in short supply was cat harnesses so people stuck in their RV’s could walk their cat.

You can donate to the Salvation Army Cascade region here [3].

It is not just in Portland, but all over the state.  In Bend, St. Vincent DePaul brought in truck loads of donations for evacuated residents. KTVZ reports [4], “Gary Hewitt, the organization’s Bend pantry manager, said the fires are coming at a time with so many already in need… Hewitt said, “We have two different quarantine rooms, so we’re always filling one and then were emptying the other after a number of days of no new donations going into it. And we’ve had as many as 3,000-4,000 pounds in one room at a time.”And then we just switch rooms, so it works really well. We’ve been quarantining clothing donations, as well as food donations — it works very well,” he said. 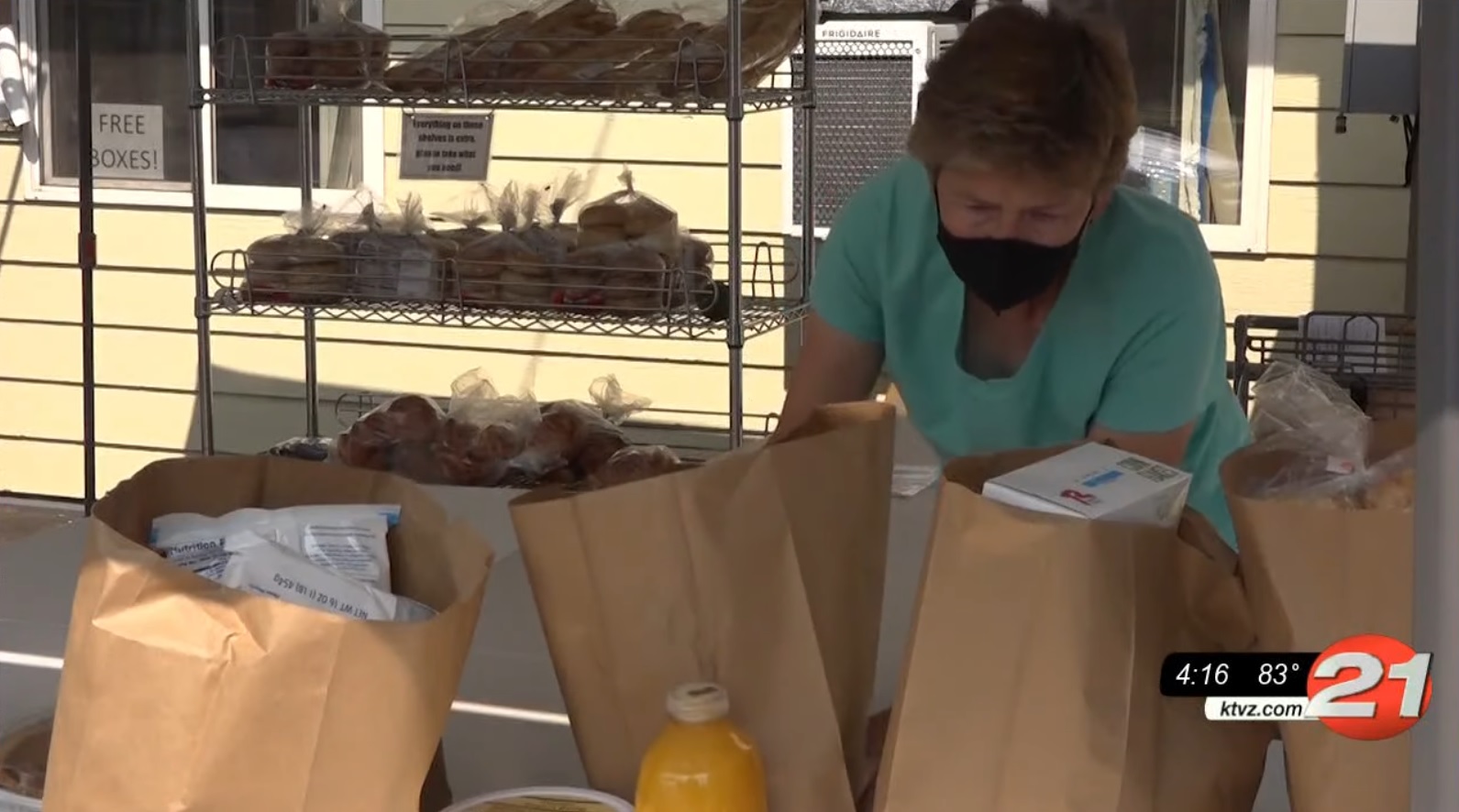