One of the things people from the Center for Bioethical Reform (CBR) do is drive around with trucks showing graphic pictures that include aborted babies. This is not my way of doing it, but I’m fine with that. I think we need to be careful not to criticize other people. It’s like when D. L. Moody was criticized for his evangelism crusades, he said, “Well, I like the way I do evangelism better than the way you don’t do it.”

And in the prolife arena, I kind of like the way anybody does it, better than the way most don’t do it. Years ago Greg Cunningham, the director of CBR, showed videos called “The Hard Truth,” and “The Harder Truth.” Basically they included actual photos of aborted babies and some live footage, as well as video of an actual live abortion that was filmed.

But he says it in such a way as to say, “If you’re unwilling to look at the reality of what an abortion is, if you would find this disturbing (and trust me, you will find it disturbing), and you don’t want to look, you need to look.”

Now this does some things which I think are vital. For one, it does bring some people to look who would have turned away, and they no longer can be angry at you (certainly not as angry) because you have warned them. You’ve told them, “You don’t need to watch this.” Now if anyone comes up afterwards and says, “I can’t believe you showed this!” He can say, “Did you not hear what I said? I totally warned you. You didn’t even have to leave the room; all you had to do was look down. You didn’t even have to close your eyes, just don’t look at the screen.”

Now I realize in a documentary, it doesn’t work quite that way. You’re not popping in a DVD. But nonetheless, the narrator could say, “For the next [fill in the blank] seconds, there’s going to be graphic images that portray what an abortion is. You do not have to look at this. Do not look at it unless it is your choice. But if you look away, ask yourself, ‘Why am I looking away?’ It might be that you know that children are being killed by abortion and you’re very aware of this, just as you’re very aware that Jewish people were killed in the Holocaust.” (Or maybe you’ve seen enough of it in the past that you believe it and know it to be true, and this is not going to help move you to further commitment or action on this or whatever.) 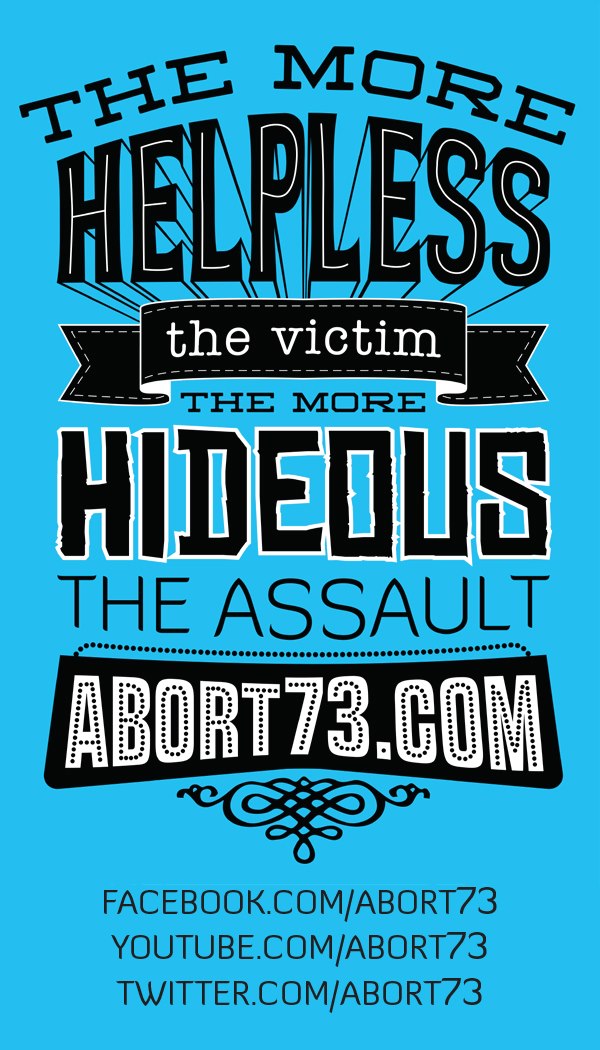 To be honest, I sometimes look away now, because I don’t need any more convincing. I know for sure that this is the killing of the unborn. But even as I say that, it’s healthy for me sometimes to look because it is good to be disturbed again.

Many years ago when I wrote a book on civil disobedience called Is Rescuing Right?, I reviewed the history of some pictures taken of the Holocaust that were smuggled out of Germany. They were turned over to The New York Times. Well, The New York Times finally decided that despite how disturbing these images were, to go ahead and print them. That had a huge influence on the attitude of the average American on whether or not it was right to get involved in this war. Once you saw these pictures, you knew how horrible it was.

But the remarkable thing is this—as a whole, nobody stood up and criticized The New York Times. People did not say, “How dare you show us these horrible pictures!” Because the truth is, it’s not the pictures that are horrible. What is horrible is what is in the pictures. This is a critical distinction. I think in a documentary, you’ve got every right and opportunity to say that this is just film. There is nothing good or bad about film—that’s all it is.  There’s no evil picture or video. It’s what’s in the video that can be evil.