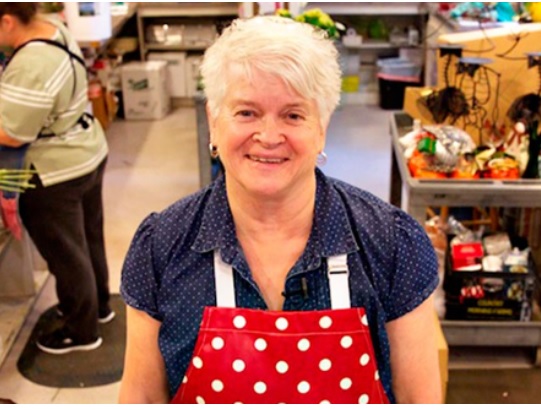 By Alliance for Defending Freedom,

The U.S. Supreme Court will once again hold Barronelle Stutzman’s fate in its hands.

In February 2017, the Washington State Supreme Court ruled that the government can force this 74-year-old floral artist and grandmother to create floral art celebrating events that conflict with her faith.

Then, in June 2018, the United States Supreme Court wiped out that ruling against Barronelle in light of its decision in the Masterpiece Cakeshop case – and sent the case back to Washington State.

But on June 6, 2019, the Washington State Supreme Court doubled down on its first decision. It ruled that the government can force Barronelle to create artistic expression and participate in events that conflict with her faith.

But thanks to God and your support, this is not the end for Barronelle. Once again, Alliance Defending Freedom is standing with her as we plan to take her case back to the U.S. Supreme Court. And now, we are one step closer to achieving justice for her!

Barronelle Stutzman’s continuing struggle for religious freedom should be alarming not only to Christians, but to every American who cherishes freedom.

Barronelle is a floral artist … and a grandmother. You’d never expect to see someone like her at the center of a firestorm. But she is being sued in both her professional and personal capacity by the Washington attorney general and the ACLU.

If she loses, the ACLU could take everything she owns — her business and her life’s savings. Everything.

This is a pivotal moment for Barronelle.

Why has Barronelle been targeted?

It all began when a longtime friend and client, Rob Ingersoll, asked Barronelle to create custom floral arrangements for his same-sex wedding.

Barronelle had served Rob for many years. But she affirms the biblical teaching, as people across the globe and throughout history have, that marriage is the sacred union of a man and a woman. Because of that belief, she could not help celebrate her friend’s wedding. But she referred him to other excellent florists in the area.

“As deeply fond as I am of Rob, my relationship with Jesus is everything to me. Without Christ I can do nothing.”

If Barronelle loses, government officials will use her case to target others.

After Rob’s partner told Facebook friends about Barronelle’s decision, she began receiving hate mail, angry phone calls, and even death threats. The Washington attorney general learned about the social media post and decided to sue Barronelle and use his massive resources to make an example of her.

Because of God’s provision and your faithful support, we were able to represent Barronelle all the way to the U.S. Supreme Court.

In June 2018, the High Court decided what to do with her case the first time around. In light of the win for cake artist Jack Phillips, the court decided to send Barronelle’s case back to the Washington Supreme Court. The justices agreed that her case, and the judgment against her, should be reconsidered based on the ruling in the Masterpiece Cakeshop case.

And then on June 6, 2019, the Washington State Supreme Court issued its new ruling, denying Barronelle’s freedom once again. It ruled that the government can force Barronelle to create custom art and participate in events that conflict with her faith.

Our nation has a long history of protecting the right of peaceful citizens to hold different views about important issues like the meaning of marriage. Yet the government is threatening Barronelle just because she has a different view on marriage than the state does.

But this case is not over. We will be standing with Barronelle as we petition the U.S. Supreme Court once again.