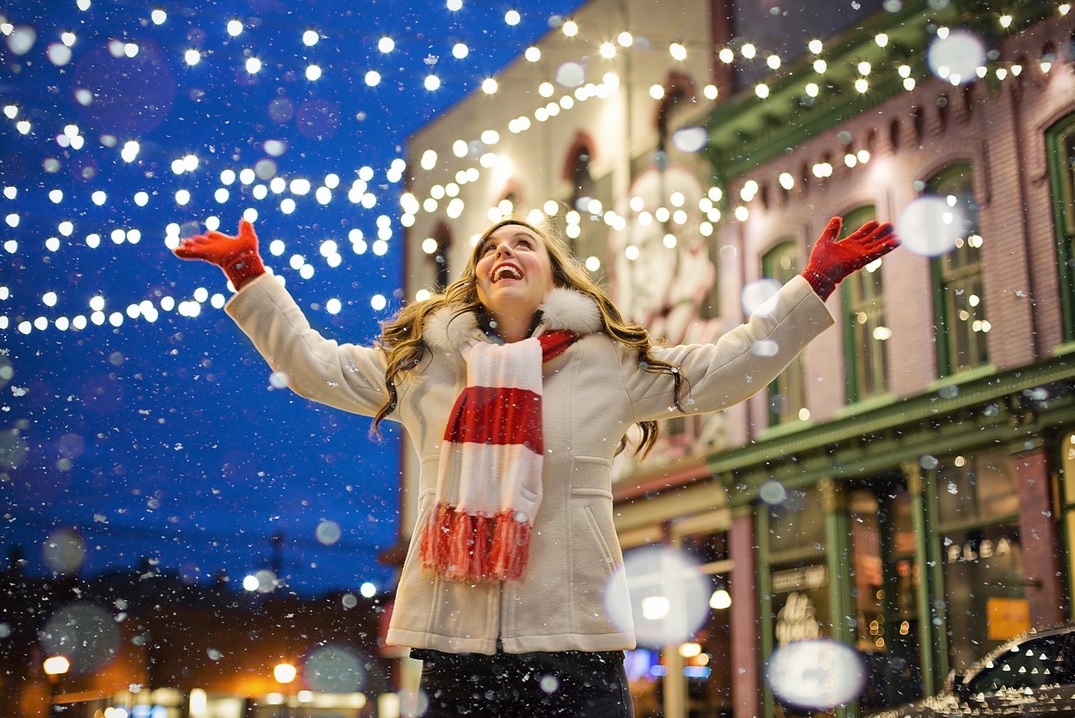 In the late 1990s, Martin Seligman, the president of the American Psychological Association, noted psychology’s emphasis on the negative side of life, including depression and anxiety, while ignoring the positive, including happiness and well-being. His observation spurred new research and hundreds of articles on happiness.

One of the central topics addressed in these studies is this simple question: Can people become happier? The resounding answer is yes—to a degree. Researchers say there are limits on human happiness, some genetic and some relating to humanity’s general condition (which, from the Christian worldview, is caused by sin and the Curse).

Though in my books on happiness (including Does God Want Us to Be Happy?) I emphasize an understanding of happiness based on the Bible, theology, and church history, I’ve also read a dozen or so secular books on happiness. Many writers document remarkable discoveries about happiness that conform to biblical teachings—though few appear to realize the connection.

For instance, modern happiness studies demonstrate that wealth, success, power, and popularity are not indicators of happiness. People who choose gratitude and engage in respectful, others-centered relationships are happier than those who are self-focused and driven by feelings of entitlement. [1]

With their talk of being thankful, serving others, and giving generously of time and money—accompanied by the assurance that money, sex, and power won’t buy happiness— progressive secular psychologists sound remarkably like old-fashioned preachers!

Consider the results of a Duke University study that concluded happiness is fostered by eight factors:

1. Avoiding suspicion and resentment. Nursing a grudge was a major factor in unhappiness.
2. Not living in the past. An unwholesome preoccupation with old mistakes and failures leads to depression.
3. Not wasting time and energy fighting conditions that can’t be changed. People are happier when they cooperate with life instead of trying to run from it.
4. Staying involved with the living world. Happiness increases when people resist the temptation to become reclusive during periods of emotional stress.
5. Refusing to indulge in self-pity when handed a raw deal. It’s easier for people to achieve happiness when they accept the fact that nobody gets through life without some sorrow and misfortune.
6. Cultivating old-fashioned virtues—love, humor, compassion, and loyalty.
7. Not expecting too much of oneself. When there is too wide a gap between self-expectation and a person’s ability to meet the goals he or she has set, feelings of inadequacy are inevitable.
8. Finding something bigger to believe in. Self-centered, egotistical people score lowest in any test for measuring happiness. [2]

While reading this study, I found myself often writing Bible verses in the margins, summarizing the findings: “Love your neighbor as yourself” (Matthew 22:39), “Give thanks in all circumstances” (1 Thessalonians 5:18), “[Forgive] each other . . . as the Lord has forgiven you” (Colossians 3:13).

Compare this list point by point to the study’s eight-part conclusion:

1. Jesus said this about not holding grudges: “Whenever you stand praying, forgive, if you have anything against anyone, so that your Father also who is in heaven may forgive you your trespasses” (Mark 11:25).
2. The apostle Paul embraced not living in the past: “One thing I do: forgetting what lies behind and straining forward to what lies ahead, I press on toward the goal for the prize of the upward call of God in Christ Jesus” (Philippians 3:13-14).
3. Jesus instructed us not to worry about things we can’t change: “Do not be anxious about your life, what you will eat or what you will drink, nor about your body, what you will put on. . . . Which of you by being anxious can add a single hour to his span of life?” (Matthew 6:25, 27).
4. Solomon spoke of the importance of engaging in human relationships: “Two are better than one, because they have a good reward for their toil. For if they fall, one will lift up his fellow” (Ecclesiastes 4:9-10).
5. Paul knew that contentment is the antidote to self-pity: “I have learned in whatever situation I am to be content. I know how to be brought low, and I know how to abound. In any and every circumstance, I have learned the secret of facing plenty and hunger, abundance and need” (Philippians 4:11-12).
6. The list of virtues described by the secular psychologists looks very similar to this one: “Make every effort to supplement your faith with virtue, and virtue with knowledge, and knowledge with self-control, and self-control with steadfastness, and steadfastness with godliness, and godliness with brotherly affection, and brotherly affection with love” (2 Peter 1:5-7).
7. We’re reminded of our limitations and that we’re constantly in need of mercy and grace. God has willingly showered these gifts on us: “Let us then with confidence draw near to the throne of grace, that we may receive mercy and find grace to help in time of need” (Hebrews 4:16).
8. Jesus said we should focus on what’s bigger than ourselves: “Seek first the kingdom of God and his righteousness” (Matthew 6:33). Furthermore, we are better off with others-centered humility than self-centered arrogance: “Do nothing out of selfish ambition or vain conceit. Rather, in humility value others above yourselves” (Philippians 2:3, NIV).

Secular studies, naturally, say nothing about our need to know and love the God of the Bible. Sonja Lyubomirsky may be the best-known happiness researcher in the world. She admits, “I don’t have a religious or spiritual bone in my body.” [3] But, she says, the studies clearly show that religious people are happier. Her advice? “If it seems natural for you to practice religion and spirituality, then by all means do it.” [4]

She’s speaking in the best interest of people’s happiness. But of course, the solution isn’t pretending to believe something if we don’t. Without a personal relationship with God, we won’t enjoy true peace and happiness.

A naturalistic worldview that embraces randomness, ultimate meaninglessness, and survival of the fittest doesn’t lend itself to happiness. People can borrow certain values from a Christian worldview, but without faith in Christ and the indwelling Spirit as an agent of change, they’re left without a solid foundation for happiness.

Psychologists and self-help books offer proven methods for increasing our subjective sense of happiness. However, this marginal contentment can numb people into complacency. A self-achieved, tolerable happiness can anesthetize us into becoming mere sin managers, distancing us from our desperate need for God. Even when this strategy appears sufficient for now, it can’t survive the Day of Judgment.

The question of how to reconcile evil people with a God who hates evil is the greatest problem of history. It calls for no less than the greatest solution ever devised—one so radical it appears foolish to the sophisticated—and that is the cross of Christ. “The word of the cross is folly to those who are perishing, but to us who are being saved it is the power of God” (1 Corinthians 1:18).

Psychologist David Powlison said, “Don’t ever degenerate into giving good advice unconnected with the good news of Jesus crucified, alive, present, at work, and returning.” [5] Good advice is always better than bad advice. Yet those trapped in a burning building need more than advice—they need good news coupled with practical action. People who are Hell bound need someone who will brave the searing flames, rescue them from sin’s destruction, and bring everlasting happiness.

[1] Sonja Lyubomirsky, The How of Happiness: A Scientific Approach to Getting the Life You Want (New York: Penguin, 2008).