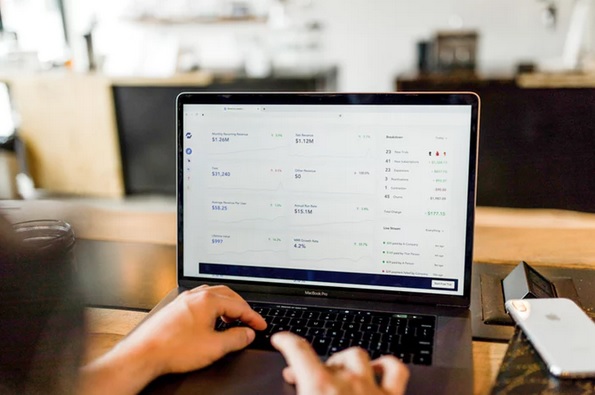 In light of concerns about Amazon pulling some books from its website earlier this year, in the following article Tim Challies writes about “The Power Over Christian Publishing We’ve Given to Amazon.”

While for years I attempted to buy from Christian retail stores and from Christianbook.com, a site I still recommend, the truth is I buy lots of books for research, maybe half new and half used, from Amazon. Years ago I went with Amazon Prime only for the free shipping of books. Then we bought more from them, and then they started providing free videos, all of which we’ve taken advantage of. So I admit my buying habits have contributed to the very problem Tim Challies is addressing.

I agree with Tim’s analysis of where our culture is headed. However, it’s not just Amazon that we have reason to be concerned about. Last week I was reading a post on Twitter from an NFL player I’ve come to appreciate. Actually, I was trying to read it but couldn’t. It was blocked, and said, “This tweet may include sensitive content.” Twitter informed me I could change my preferences and settings on my “safety account.” I actually didn’t want to do that. I couldn’t figure this out, because I knew this brother wouldn’t have said anything profane, sexual, or racist. Then I read a responding tweet from someone who had changed their settings, and who said it was labeled as such because the athlete said “All glory to God.” —Randy Alcorn

The Power Over Christian Publishing We’ve Given to Amazon

A few days from now, or maybe a few months, or even a year, Amazon will pull a book from its site. One day it will be there available for purchase with all the rest, and the next it will be gone. One day people will be able to order it and have it shipped to their homes, and the next day it will have ceased to exist, at least as far as Amazon is concerned. This will inevitably be a book that Christians have embraced as orthodox but that the culture has rejected as heretical. And, of course, the great “heresy” of the day relates to sexuality—especially homosexuality and transgenderism. The great “heresy” is that God created and defines our sexuality and that as his creatures we are accountable to live according to his ways. It seems likely to me that the first book to go will be on this very topic. Perhaps it will be Kevin DeYoung’s book or Denny Burk’s or one of Rosaria Butterfield’s or Christopher Yuan’s. And while I am no prophet, I do believe the day is not far off.

When it happens, it should come as no great surprise. Amazon is hardly a company founded by Christians or run according to Christian principles. To the contrary, it is a company founded by worldly people and run according to worldly principles. We cannot be shocked when non-Christians are affronted or offended by genuinely Christian ideas. We cannot demand of non-Christians any more than of Christians that they violate conscience to sell materials they consider repugnant. Thus, surely the day I’ve predicted cannot be far off.

The great problem here is that we Christians have given Amazon immense power over us. As Amazon has grown in its retail domination, first across America and then across the rest of the world, it has become the go-to bookstore—and, really, the go-to everything store—for Christians and non-Christians alike. If we look back just 10 or 15 years, we can see there was a much more diverse Christian marketplace for books. There were far more brick and mortar retailers and there were also more online retailers. Sadly, very few have been able to keep up with the juggernaut that is Amazon. Amazon won this battle because they wooed us with vast selection and free shipping and Prime Video and all sorts of great perks the other retailers simply could not match.

But as Amazon surged and other stores shuttered, we inadvertently handed Amazon a near-monopoly over the sale of Christian books. We did this with the good-faith assumption that they would continue to sell whatever we published. But times have changed and are changing and it seems increasingly unlikely that Amazon will continue to sell it all. It seems increasingly likely that they will cede to cultural pressure—pressure that exists both within and outside of the company—and begin to cull their offerings. And then what? It’s not like these books cannot be sold by the Christian retailers that remain. But will publishers even be willing or able to publish them if they cannot be sold at the world’s biggest marketplace? Will you and I even be able to find out about them if Amazon isn’t recommending them to us? And will we be willing to pay a premium to have them shipped to us from smaller retailers with higher prices and no ability to offer free shipping?

It seems clear to me we’ve put ourselves in a perilous position at the very point where we most need the Bible-based guidance of good books. At exactly the point the culture is on the attack, is the very place we’ve possibly weakened our ability to understand and respond.

(Of course, the story of moving to Amazon is not quite so simple as I’ve made it. Many Christian retailers were and still are far too willing to sell “Christian” books that are actually incredibly seditious and destructive to the true faith. A general lack of spiritual discernment has pervaded the industry for far too long. And in that way, I think many discerning Christian shoppers deliberately stopped supporting the kind of stores that so willingly declared foes of the gospel to be its greatest friends.)

I have often spoken about my decision to go all-in with digital reading, and especially the decision to focus more on Kindle than printed books. At the time, the decision made a lot of sense, even if only because I have such a tiny house without room for wall-to-wall bookcases. But when I made the decision, it seemed to reflect little more than a preference between media—paper or electronic. In retrospect, I can see it had far deeper consequences. It was not just about choosing who would get my money, but who would be the gatekeeper of Christian publishing. It was not just about choosing one retailer over another, but who would be able to ultimately determine, by their retail dominance, which books would get printed and which ones wouldn’t. And lest you think ill of me, you probably brought about the same consequence even if you stuck with paper books but chose to buy them through Amazon.

The upshot is that as Christians we have given a great deal of power over Christian publishing to the distinctly non-Christian Amazon. What can we do about it? To be honest, I’m not too sure. It may be too late. Obviously we can and should choose to support good Christian booksellers, and be willing to pay at least a small premium to buy from them. This premium isn’t just being nice Christians, but is a means of showing that we want them to continue to have some influence over the writing, publishing, and distribution of valuable, Bible-based resources. Beyond this, I think we need to collectively think and pray about ways of taking back at least a good measure of power from a company that doesn’t deserve to have it. I’m eager to hear your ideas.

This article was originally posted on Challies.com and is used with permission of the author.