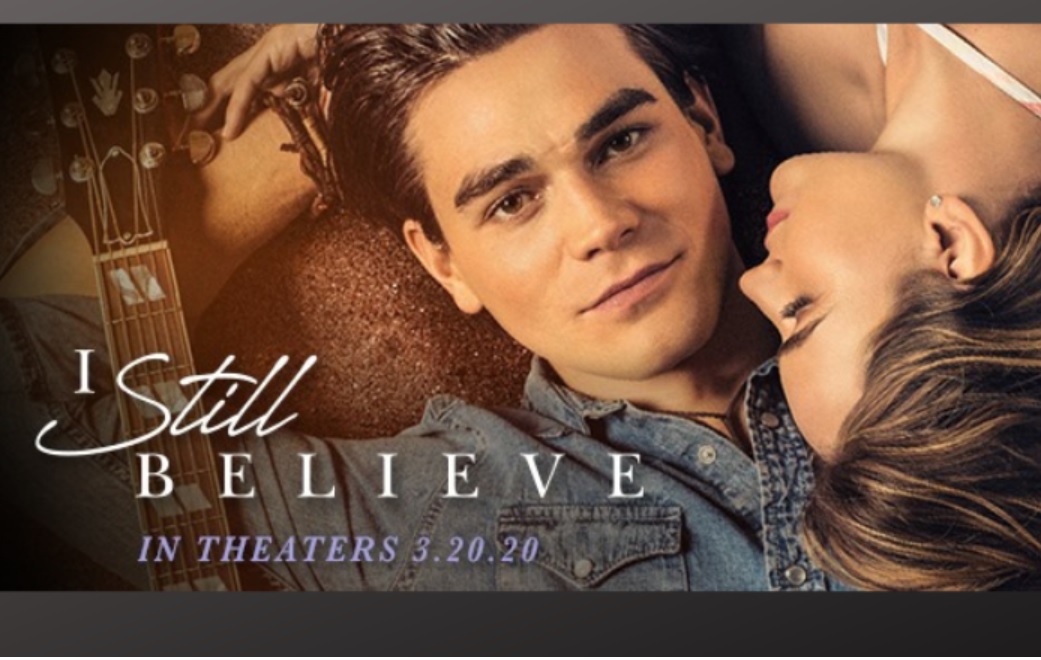 Millard’s life was portrayed in the 2018 hit film I CAN ONLY IMAGINE, earning $83 million at the box office, a rare A+ CinemaScore, and praise from critics and audiences alike. Now, Millard will executive produce the film alongside Camp.

“One of the overarching themes shared between both films is the power of song,” said filmmaker Jon Erwin, who created both I CAN ONLY IMAGINE and I STILL BELIEVE with brother Andrew Erwin and Kevin Downes. “The love for the chart-topping I CAN ONLY IMAGINE song translated into millions of fans discovering the story behind the song through the film, making it the surprise hit of 2018. Now, we’re honored to bring the love story of Jeremy and Melissa Camp to the screen in I STILL BELIEVE. The track was Jeremy’s first hit song, born out of an intensely personal and redemptive season, and KJ Apa’s performance really drives home the power of faith.”

“We were on tour with Jeremy Camp years ago when both ‘I Can Only Imagine’ and ‘I Still Believe’ were first out, and we felt a kinship with Jeremy from the start,” said Millard. “For all of this to come full circle twenty years later in this way is a testimony to the Lord’s faithfulness. I’m honored to be a part of this film and I’m looking forward to the movie’s themes of love and redemption impacting audiences.”

Additionally, MercyMe will be embarking on a winter/spring “MercyMe 20/20” tour that will feature Jeremy Camp as a special guest. Marking the first time a tour has served to unite two motion pictures, the tour will feature engaging content from I STILL BELIEVE as well as an interactive red carpet experience for fans. Details for the tour including planned cities will be forthcoming.

“Having Bart as an EP on I STILL BELIEVE is incredible,” said Downes. “The same audience who loved I CAN ONLY IMAGINE is going to absolutely embrace I STILL BELIEVE, so joining forces for a tour will be a great experience for the fans and a new way to highlight the films.”

One love can change your life. From the creators of I CAN ONLY IMAGINE comes an inspiring love story for the ages. Rediscover the wonder of love in I STILL BELIEVE, based on the real-life story of chart-topping singer Jeremy Camp. A hopeful reminder that faith tested is faith worth sharing, I STILL BELIEVE opens in theaters everywhere beginning 3.20.20.

Jeremy Camp is a Grammy®-nominated singer and songwriter who has sold over 5 million albums and has toured the world, sharing his music in more than 36 countries. He’s received numerous landmark accolades including four RIAA-certified Gold albums, two American Music Awards nominations, multiple ASCAP awards, 38 No. 1 songs, a Gold digital single (“There Will Be A Day”), a multi-Platinum DVD and was Billboard’s #2 artist of the decade in 2010.