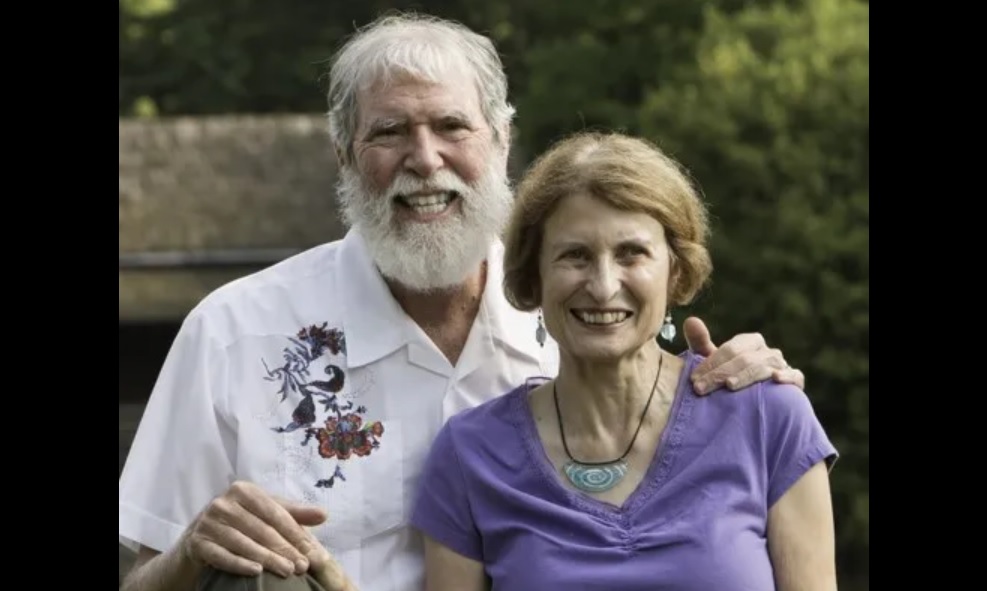 There’s a Santa Claus I know who is spreading Christmas happiness in the Louisville, Kentucky, area as the holiday season ramps up. His bushy white beard is as genuine as his affection for the people he meets. But there’s something about this Santa that might surprise the folks with whom he’s sharing his ho-ho-hos.

Hoffman tells me that playing Santa is one way he lives up to the beautiful Jewish principle of “tikkun olam” — repair the world — which has been an integral part of his makeup since he was young.

“Ever since the 1960s, when I came of age in all the turmoil of that decade, I was concerned about injustice and worked on social causes,” Hoffman said. “Now, some 50 years later, there is an opportunity for me to continue this good work as ‘Santa Art.’ In fact, as we witness America becoming more polarized in so many ways, I think the mission is more urgent.”

Whatever our angle on the Christmas holiday and the religion of which it is part, there is much we can take away from Art Hoffman, the Jewish Santa Claus.
All of us can find delight in Christmas

One, Christmas is a multifaceted holiday with many parts to enjoy even if we don’t identify with the “Christ” part. All are eligible to delight in Christmas tree lights, giving and receiving gifts, singing about sleigh bells and, if you’d like, consorting with Santa, who, for the record, is not a figure from the New Testament.
Art Hoffman, who is Jewish, has portrayed Santa Claus each Christmas for 45 years.

Even more, Hoffman’s work as a Jewish Santa inspires us to push past our self-imposed boundaries. He shows that we don’t have to be part of something — a particular religion, community or culture — to appreciate what’s good about it and befriend the people who populate it.

Even though he is not black, female or gay, Hoffman joined the fights for civil rights in the 1960s, women’s rights in the ’70s and gay rights in the ’80s. When it came to his AIDS activism, Hoffman tells me that “even though I did not have a ‘dog in that fight,’ as they say, it was the right thing to do.”

And for 45 years, he has been making Christmas happier for multitudes of kids and their families, undeterred by logic that might say, “Not your religion, not your holiday.”
Our strength depends on belonging

More of us need to be like Santa Art.

Identities, communities, tribes — they are a fact of life. We all belong to some. Thus has it ever been. As humans evolved over the eons, individuals’ ability to secure food, shelter and safety, to raise children and pass on our genes, hinged on our being part of groups and cooperating with our compatriots.

Still today, human flourishing today depends on belonging, on having an experience of community and real relationships. If you are not convinced, consider how the epidemic of loneliness is contributing to the high rates of suicide and addiction that afflict our society.

But there is more to this dynamic than whether we belong to groups. The question is: Which groups? Some are, for the most part, good for us and our world: civic organizations, religious communities and their secular analogs, self-help support groups and the like. Criminal gangs and hate groups? Not so good.

In addition to which groups we belong to, there’s the question of how we belong — a matter of growing urgency when we have self-serving politicians and internet manipulators trying to get ahead by inflaming tensions and stoking hostilities between opposing camps.
Art Hoffman, with wife Martha, says playing Santa each year is one way he practices the Jewish principle of “tikkun olam” — repair the world.

What kind of stance will we take, and where within our groups will we position ourselves? Deep in the center, as far from the boundaries as possible? Or close enough to the edge so that we get a glimpse and occasional whiff of what’s happening on the other side? How often will we venture outside the walls? Will we go with our fists clenched and weapons drawn, or our hands open and freed up for shaking others?

It’s not lost on Santa Art that many of the parents he’s interacting with belong to tribes very different from his: religiously, culturally, politically. But that doesn’t stop him, he says, from finding “one or two endearing traits about the other person and building some rapport over those.”

Let’s emulate Art Hoffman, the Jewish Santa. It’s his kind of openness we need if the country is going to get through this turbulent and divided time in one piece.

Tom Krattenmaker, a member of the USA TODAY Board of Contributors, directs communications at Yale Divinity School and writes on religion and values in public life. His latest book is “Confessions of a Secular Jesus Follower: Finding Answers in Jesus for Those Who Don’t Believe.” Follow him on Twitter: @TKrattenmaker