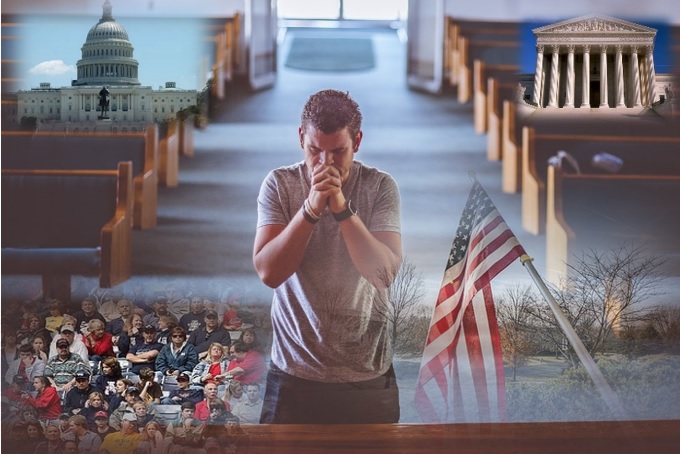 By Alex Landry
New Wineskins
A project by Multnomah University

This is a difficult topic in Evangelicalism right now as the movement is currently in a position where it appears to be losing some of its power in society. While people outside Evangelicalism see the current trend as a move towards religious freedom because religions other than Christianity are gaining more rights in the public sector, many Evangelicals see this as an attack against their own Christian rights.

So, the question is: does greater plurality and inclusivity signal an attack against the religious freedoms of Christians, and Evangelicals in particular? An adequate response will require consideration of a biblical perspective on power and how the church engages political power.

In the Bible, the people of God are often presented as exiles living in a foreign land. A natural consequence of being an exile is that the people of God did not have political power in their society. With this in mind, it should be noted that not once is there a command to gain political power. One relevant text to this discussion is Jeremiah 29:7: “But seek the welfare of the city where I have sent you into exile, and pray to the LORD on its behalf, for in its welfare you will find your welfare” (ESV). In context, the Israelites are told that they are to support the city of Babylon. Yes, Babylon, that wicked, ungodly city. They are not told to gain power in that society. Instead, they are told to pray for that city, even praying for the welfare of Babylon! This is an important text to consider as we engage the concept of religious freedom in our day. As Christians increasingly feel that they are living in a foreign land, Jeremiah can help us to discern whether seeking to gain political power for our own interests is important, or whether we should concentrate our energies on praying for our increasingly pluralistic society and seeking its welfare.

What would American society look like if we focused on praying for our society more than gaining political power? Like so many political issues, every aspect of the complex problems of religious liberty cannot be sufficiently addressed in a short blog post. However, this is one important factor regarding this complex topic that must be addressed when talking about religious freedom—for all.