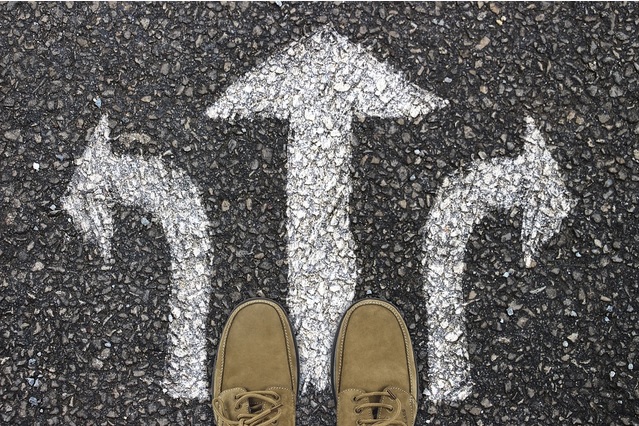 A UPI report began as follows:

America remains a nation of believers, but a new survey finds most Americans don’t feel their religion is the only way to eternal life — even if their faith tradition teaches otherwise.

The findings, revealed Monday in a survey of 35,000 adults, can either be taken as a positive sign of growing religious tolerance, or disturbing evidence that Americans dismiss or don’t know fundamental teachings of their own faiths.

Among the more startling numbers in the survey, conducted last year by the Pew Forum on Religion and Public Life: 57 percent of evangelical church attenders said they believe many religions can lead to eternal life, in conflict with traditional evangelical teaching.

Read the rest of the story if you want, but that’s enough to introduce my thoughts in this blog.

57 percent of evangelical church attenders said they believe many religions can lead to eternal life? Whatever happened to truth, not just in our culture, but in our churches? (And what does “evangelical” mean any more?)

Truth is factual, but it is more than mere facts. It’s not just something we act upon. It acts upon us. We cannot change the truth, but the truth can change us. Jesus prayed for us, “Sanctify them by the truth; your word is truth” (John 17:17). Truth sets us apart from the falsehoods woven into our sin nature, championed by the world and skillfully spun into webs by the devil.

God has written His truth on human hearts (Romans 2:15). Shame and twinges of conscience come from recognizing that truth has been violated. When people hear truth spoken graciously, many are drawn to it because of the moral vacuum they feel. Hearts long for truth—even hearts that reject it.

We are to walk in the truth (3 John 1:3), love the truth, and believe the truth (2 Thessalonians 2:10, 12). All truth has a center of gravity: Jesus Christ, who declared, “I am the way and the truth and the life” (John 14:6). He didn’t say He would show the truth or teach the truth or model the truth. He is the truth. Truth personified. He’s the source of truth, and the reference point for evaluating all truth-claims.

That’s why if we get it wrong about Jesus, it doesn’t matter what else we get right.

The devil is a con man, always denying, revising, and spinning the truth, rearranging the price tags. Jesus said, “There is no truth in him.” He called him a “liar and the father of lies.” He said, “When he lies, he speaks his native language” (John 8:44). Satan is a natural when it comes to deception. He’s eloquent. Smooth. Persuasive. Believable. And we are so gullible.

The Grace and Truth ParadoxTruth isn’t about our own perceptions or desires. It’s always about Reality, with a capital R. A majority of us could agree that we’d like gravity to be suspended tomorrow, but our vote would have no impact on reality. Americans embrace democratic ideals. This gives us the illusion that we should have a voice when it comes to truth. But the universe isn’t a democracy. Truth isn’t a ballot measure. (I develop much that’s in this blog in The Grace and Truth Paradox.)

We easily confuse what we want to be true with what actually is true. C. S. Lewis said he wrote to expound mere Christianity, “which is what it is and was what it was long before I was born and whether I like it or not.”

All of us have a theology. The only question is whether it’s true or false. Much teaching today is popularity-driven, not truth-driven. “The time will come when men will not put up with sound doctrine. Instead, to suit their own desires, they will gather around them a great number of teachers to say what their itching ears want to hear” (2 Timothy 4:3).

A popular novel excels at showing God’s grace and love. I applaud this, and for those whose lives are touched by this I sincerely rejoice. But the same novel has God say, “In Jesus, I have forgiven all humans for their sins against me.” (Even those who have not confessed or repented of their sins?) The God character says to a man, “because I have no expectations, you never disappoint me.” (Really? Never? Even when we sin against Him?) He says “I don’t need to punish people for sin. Sin is its own punishment, devouring you from the inside. It’s not my purpose to punish it; it’s my joy to cure it.” (Yes, his joy is to cure it, but doesn’t Scripture promise he will punish sin?)

I have heard many people say, “It’s just a story, don’t treat it like it’s theology.” But stories capture our hearts and imaginations and affect our beliefs. So they are not “just stories.” I know; I write stories, and they do convey truth. I’ve received many letters from people whose beliefs were changed through reading my novels.

I believe that everything I write, fiction or nonfiction, is subject to scrutiny by God’s Word. We should take our cues from the Berean Christians, who “received the message with great eagerness and examined the Scriptures every day” to determine whether what they were being taught was true (Acts 17:11).

This spring Oprah said on her television program, that when it comes to getting to heaven, “There couldn’t possibly be just one way.” So, does Oprah know something Jesus didn’t know? Or did Jesus know something Oprah doesn’t know? (No offense, Oprah, but I’m putting my money on Jesus.)

Raised in a culture that condemns such thinking as narrow and intolerant, even many Christians now consider it arrogant and out-of-date to say that only those who trust in Jesus will go to heaven.

It certainly would be arrogant if we were the ones who came up with it. But we didn’t. We’re just repeating what Jesus said. We’re not trusting ourselves; we’re trusting Him. If it were up to us, we’d think up something more popular, wouldn’t we? But it’s not up to us. He said it. Our choice is to believe it or reject it. I for one am not going to tell God He’s mistaken.

Sadly, some Christians now imagine it inappropriate to share Christ with people of other faiths. When Jews for Jesus comes to town on an evangelistic campaign, there are always Christians who say we “have no right” to be evangelizing Jews.

But let’s consider that a moment…. If you see someone canoeing down rapids a hundred feet from a waterfall, getting his attention and shouting a warning may cause the canoeist some anxiety. But is smiling, waving, and keeping quiet the loving thing to do? Of course not. That would be apathy—or rank cowardice.

Some consider Hell to be the invention of wild-eyed prophets obsessed with wrath. They argue that Christians should take the higher road of Christ’s love. But this perspective overlooks a conspicuous reality: In the Bible, ­Jesus says more than anyone else about Hell (Matthew 10:28; 13:40-42; Mark 9:43-44). He refers to it as a literal place and describes it in graphic terms—including raging fires and the worm that ­doesn’t die. Christ says the unsaved “will be thrown outside, into the darkness, where there will be weeping and gnashing of teeth” (Matthew 8:12).

In His story of the rich man and Lazarus, ­Jesus revealed that in Hell, the wicked suffer terribly, are fully conscious, retain their desires and memories and reasoning, long for relief, cannot be comforted, cannot leave their torment, and are bereft of hope (Luke 16:19-31). The Savior could not have painted a more bleak or graphic picture.

Do we think we are more loving than Jesus? Going to an eternal hell isn’t in anyone’s best interests. How dare we, in the name of the false grace we now revere as “tolerance,” withhold true grace from those Jesus came to rescue?

It may seem narrow and insensitive to say “Jesus is the only way to the Father.” But our job isn’t to serve as His speech writers and spinmeisters and PR team, seeking to reinvent His message and improve His poll numbers.

Our job is not to try to improve on what he said, but to believe it and share it. Who with? People who desperately need to meet the One who endured Hell for them on the cross, so that they could live forever with Him in Heaven.

How many ways to God? The question was answered by someone way smarter that you and me and Oprah and the 57% of evangelical church attenders in that recent poll: One Way. His name is Jesus.

“Salvation is found in no one else, for there is no other name under heaven given to men by which we must be saved” (Acts 4:12).