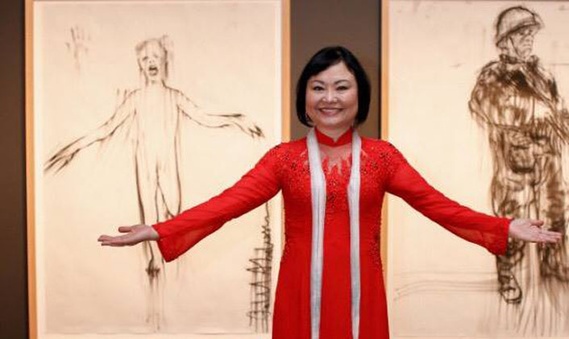 One of the best-known photographs from the Vietnam War is a Pulitzer Prize–winning picture of a young burn victim running in terror, arms outstretched, after a napalm bomb was dropped on her village. After months of hospitalization and multiple surgeries, nine-year-old Phan Thi Kim Phuc returned to her family.

What doctors couldn’t heal, Kim Phuc says, was her heart: “The anger inside me was like a hatred high as a mountain.”

Kim Phuc and her childBut God reached out to Kim Phuc. She found a Bible and talked with a believer who invited her to church, where Kim Phuc chose to trust in Christ: “Jesus helped me learn to forgive my enemies.” 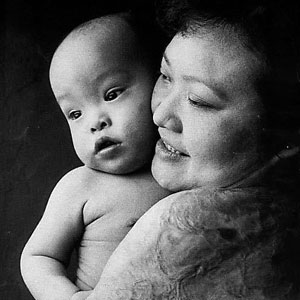 Fourteen years later, while speaking in Washington, DC, she met John Plummer, who had helped coordinate the air strike on her childhood village.

John wrote of their meeting, “She held out her arms to me and embraced me. All I could say was, ‘I’m sorry; I’m so sorry,’ over and over again. At the same time she was saying, ‘It’s all right; it’s all right; I forgive; I forgive.’”

Today, Kim Phuc heads up KIM Foundation International. Its mission is “to help heal the wounds suffered by innocent children and to restore hope and happiness to their lives.”

Kim PhucKim Phuc’s story demonstrates Romans 8:28 in action: “And we know that for those who love God all things work together for good, for those who are called according to his purpose” (Romans 8:28). Now, no translation of Romans 8:28 says “each thing by itself is good,” but “all things work together for good,” and not on their own, but under God’s sovereign hand. I needn’t say, “It’s good,” if my house burns down, I’m robbed and beaten, or my child dies—or in Kim Phuc’s case, being terribly burned in childhood and suffering a lifetime of physical effects as a result. But God, in His wisdom, uses our circumstances to produce something wonderful—Christlikeness—for His glory and our ultimate joy. God’s children have “been predestined according to the purpose of him who works all things according to the counsel of his will” (Ephesians 1:11).

Watch Kim Phuc share her story in this touching video:

You can also read her testimony.

For more related to the subject of suffering, see Randy’s book If God Is Good, as well as the devotional 90 Days of God’s Goodness and book The Goodness of God. Also, the booklet If God Is Good, Why Do We Hurt? deals with the question and shares the gospel so that both unbelievers and believers can benefit.