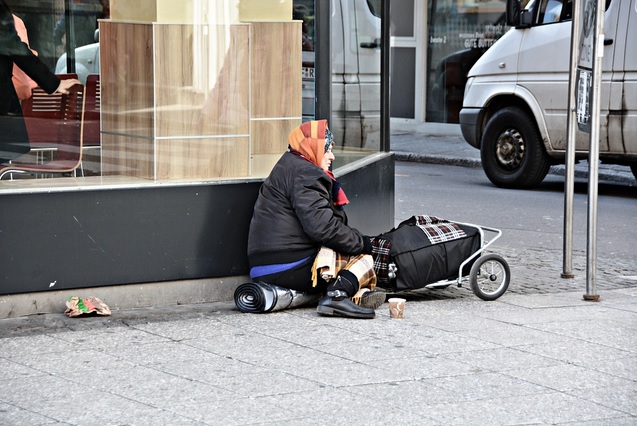 Featured in the Oregon Transformation Newsletter,

Q and A with Chuck Bennett, Mayor of Salem, Oregon

You’ve been a journalist, state legislator and lobbyist. In an era when many would rather not be involved in public service, what have you found rewarding about being the mayor of Salem?

I’ve spent most of my career involved in public policy and government. I began as a newspaper editor and reporter, including a stint as the City Hall reporter for a Salem newspaper. I’ve served on a whole range of city committees, boards and commissions over the decades I’ve lived in Salem. I’ve also served in the Legislature, but I have found local government and local government leadership to be the most satisfying. I think it’s because your decisions and actions can have immediate impact for your community and neighbors. The size of any problem is based on perspective, but if your aim is to solve problems, the basic actions are about the same at any level of government. But in local government, the resolution is very quick. That just makes the whole process more satisfying.

Salem is estimated to have roughly 1,500 to 2,000 homeless people. In December, you and the City Council enacted a camping ban. The controversial ban has gotten a lot of media attention, both in Salem and statewide. Why did you do it? Has it been successful?

The camping ban was passed to remove tents and other structures from our downtown streets where they had shown up and were found to be unsafe and unsanitary. It’s successful insofar as the tents and other structures are gone and are not allowed anywhere in town. It also has had the added benefit of encouraging more of the outdoor homeless residents who were living on the streets into more permanent, safer and cleaner shelters. The council did not include a sit/lie ordinance, so we now have around 50 people sleeping under about two blocks of covered sidewalk downtown. We continue to have shelter space that is not being used.

In a recent Register Guard article about the ban, reporter Jonathan Bach wrote, “The only real difference is that those experiencing homelessness can no longer set up tents to shield themselves from the rain and cold.” That same article was picked up by the Associated Press wire service and ran in US News and World Report. Has the camping ban backfired as Bach suggests in his report? Does Bach not understand that tents or not tents, current policies toward the homeless are inhumane and ignore the underlying pathologies?

No, it hasn’t backfired. But it has resulted in outdoor homeless persons, unwilling to go into shelters. This has caused problems for local business owners and shoppers.

Salem’s policy direction to meet all local homeless needs is based on a housing-first model with wraparound services. It does not include overlooking unsafe, unsanitary, illegal or antisocial activities while that housing and service goal is being met.

A 2018, Portland State University study estimated that Multnomah County had a shortage of 29,000 affordable housing units. But the study also suggested that more than 80 percent of homeless were on the street because of drug addiction and/or mental illness.

KOMO-TV reporter Eric Johnson in his groundbreaking documentary, “Seattle Is Dying,” argued essentially the same. Yet, when asked about that study, Portland City Councilor Jo Ann Hardesty disputed the results, claiming that most of Portland’s homeless people were on the street due to economic reasons. State Senator Lew Frederick echoed Hardesty’s views during a radio appearance.

So who’s right? Is it pure economics or is it addiction and mental illness? Why are progressive politicians unwilling to take a hard look at the damage addiction is doing both to the victims and to our cities? As Johnson asks in his video, “When did this [allowing them to camps on the streets] become the definition of compassion?”

Causes, I think, include all of the above. I would add a couple of others – trauma and collapse of a personal support system including family and community resources because of individual actions or behaviors. Of course the outcome of all these factors can be experienced economically, but we don’t see all low income persons or other people facing crises in their lives living on the street.

In Salem, our Housing Authority provides housing and rental vouchers to meet the housing needs of thousands of low income persons. Remember, 70 percent of the kids in Salem schools live at or below the poverty level and the vast majority have housing as do their families. There are too many examples like this that prove income or lack of income are not the determinants of homelessness, particularly chronic homelessness.

It is a tremendous mistake to try to homogenize the homeless. It isn’t one thing or another that results in any homeless situation. In each case, we are dealing with unique individuals but, there is one simple truth I see – you end homelessness with a house. Anything short of that should be done only as it furthers that goal.

Earlier this month in a State of the City address you discussed your Homeless Rental Assistance Program (HRAP), which has helped move more than 100 homeless people off the street and into apartments. You said, “This isn’t a Band-Aid program. It’s not like tent cities or massive, publicly financed shelters. This is a cure to homelessness.”

Describe the rental assistance program? Are those who enter it required to be drug free or in treatment? How is it a cure for homelessness?

I came into office three years ago and homelessness was a major issue. I immediately called together our Housing Authority folks and representatives from our local social service agencies and asked them to devise the best homeless program they could come up with. I said that I would announce it at the State of the City, pass it through the council and advocate for funding. The result was the Housing Rental Assistance Program that targeted the hardest-to-house individuals in Salem. These are the homeless who had been without housing for at least 10 years; had health, mental health or addiction issues; had no credit and were often ex-felons. Housing would be found through private landlords and all deposits and rent would be paid by a fund established by the council, and our target for the first year would be 100 clients. To date, we have housed 265 of these hardest-to-house individuals and had an 80 percent success rate moving them from this program into regular Housing Authority housing or voucher programs. The program also includes support services for each client targeted to their needs.

The city is also on schedule over the next couple of years to add about 180 of its own HRAP units for hard-to-house individuals and meets regularly with local landlords interested in being added to the program.

Ultimately, this program has become the largest housing-first program in the state, and if you look at the literature on this issue, there seems to be no argument that the best practice for ending a person’s homelessness is to house them and add services, etc., as needed.

Salem’s housing-first program comes with treatment or other services where needed. They come together. Our city’s emergency housing program is separate from this effort.

What is your reaction to the mayor’s comments? Contrast your approach to the homeless issue with Mayor Wheeler’s.

The mayor is correct. We can’t solve this alone and, with that in mind, we are working with our legislative delegation, House and Senate leadership, as well as the governor’s office to secure assistance. Right now we need a low barrier shelter just to get them off the street, introduce them to our housing program, and inform them of other programs and services. We also are planning to add a Navigation Center as soon as state funding is available. We have the program and the building ready to move on, but, like many cities, we don’t have the resources needed to accomplish everything that can and should be done.

At the same time, we are also working with our local police, emergency services and code enforcement to make sure we are protecting public health, holding every citizen to a basic standard of legal behavior, and enforcing the various laws we have on antisocial acting out, including public drug use and interpersonal actions. We also continue to look at passing a sit-lie ordinance that would allow the police to actively force street homeless into shelters, public or private.

In response to the uproar caused by the city’s camping ban, you said you were “deeply concerned about the homeless crisis, but that it had been 30 years in the making.” The council then voted, unanimously, to draft an emergency declaration legally allowing car camping in certain areas.

Car camping is something some councilors have been interested in trying. It seems to come in response to requests from some nonprofits and churches that would like to be helpful. We are allowing eight sites of six cars with garbage and sanitary services on site and licensed by the city. It is not part of our efforts to end homelessness.

The West Coast, from San Diego to Seattle, has drawn an extraordinary amount of homeless people in recent years. Given the long, miserable winters in the Northwest, weather cannot be the reason. Why are there so many homeless people on the West Coast compared to other regions of the country?

I just spent Christmas holiday in Ohio. I prefer Salem. I think our climate is generally attractive because it is fairly temperate. The West Coast also has taken liberal public policy stances on drug use and possession that I think play a role.

Why doesn’t a crisis like this provide opportunity for leadership – an opportunity to garner national attention with creative solutions and determined responses? Why are so many of our leaders baffled or afraid to confront the homeless issue, to innovate, to try something, anything … ?

The issue is hard. It isn’t like filling a pothole – there’s no quick fix. It takes real political discipline to stick to the best practices of housing first with wraparound services. You can’t give in to expending our scarce resources going down blind alleys like tent camps, huge unmanaged shelters, allowing free-for-all use of our public streets, parks and spaces. It’s not always popular to expect every citizen to behave legally no matter their housing status. And frankly, when an area occupied by street homeless gets out of hand to step in, clear it, clean it up, and move on.

The other side of this is being willing to be very honest with the public about the complexity of the situation and the terrible difficulties homeless people face. You have to be honest about how long it will take to get a handle on this problem. You have to balance competing interests like the right of citizens to use their public spaces and pathways as well as engage in commerce unimpeded. You also have to be willing to be second guessed by everyone you talk to.

This is not a politician-friendly environment, so it’s understandable that folks in a job like mine with no pay, long hours, and a minimal future will shy away from the general outcry and discord this issue elicits.