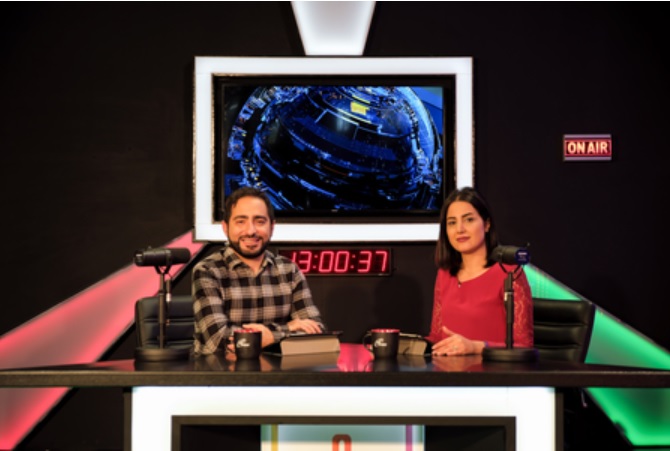 Pioneering broadcaster SAT-7 today announced a virtual, “real-time” television news-talk show — Signal — that is the first program of its kind encouraging Iran’s “secret church” — at a time when U.S.-Iran tensions have ramped up the threat of persecution against Iranian Christians.

Middle East satellite TV network SAT-7 (www.sat7usa.org) is now beaming the live, interactive Persian-language program into thousands of homes across Iran and the entire region for the first time, providing Iranian Christians with an opportunity to share their stories with millions of viewers, including many from extremist backgrounds.

“Inside Iran today, God is causing a commotion,” said Dr. Rex Rogers, SAT-7’s North America president. “The outside world often perceives Iran to be a country filled with hostile zealots. But the reality is that God is building the fastest-growing, most energized church in the world today in Iran.”

Reports from inside Iran suggest that hundreds of thousands of Iranians are turning to Christ as spiritual revival sweeps the Islamic Republic and young Iranians grow increasingly disillusioned with life under the hardline regime.

Current tensions between Iran and the U.S. have increased the risk of persecution against minorities, including Iran’s estimated 800,000 Christians — thousands of whom meet in secret “underground” house churches because of constant fear of arrest and imprisonment.

It is illegal for Christians in Iran to share their faith with non-Christians, or hold church services in Farsi, the country’s common language.

Hundreds of thousands of isolated Christians, cut off from other believers, rely on satellite TV and the Internet to connect. Governments cannot censor satellite broadcasts, leaving organizations like SAT-7 free to broadcast into homes 24/7.

“During this uncertain time in Iran’s history — and amidst the fastest growing church in the world — our TV show Signal gives Iranian viewers the opportunity for the first time to call in and share their encouraging stories and experiences live on-air,” said program producer Petros Mohseni.

Jahan, a former Muslim extremist taught to hate Christians, called in to share his story. “Before I gave my heart (to Jesus), I read the Book… and I found the way,” he said. “My heart aches for my father and mother. They don’t answer my calls, and I know if they found me, they’d kill me.”

Another viewer shared live on-air how he became a believer after a taxi driver gave him a Bible. “I read John 15:16: ‘You did not choose me, but I chose you and appointed you so that you might go and bear fruit’ (NIV)… the very same words that I’d heard in a dream.”

Iran, with a population of 82 million, ranks ninth globally on the 2020 World Watch List “persecution chart” recently published by mission agency Open Doors, which describes persecution of Christians in Iran as “extreme.”

“Often, our viewers aren’t even aware of their basic human rights,” Rogers said. “SAT-7 helps inform people in Iran and other Middle East countries of their rights, and this serves as a starting point to bring about change.”

About SAT-7
Launched in 1996, SAT-7 (www.sat7usa.org) — with its international headquarters in Cyprus — broadcasts Christian and educational satellite television programs to more than 25 million people in the Middle East and North Africa. Its mission is to make the gospel available to everyone, and support the church in its life, work and witness for Jesus Christ. SAT-7 broadcasts 24/7 in Arabic, Farsi (Persian) and Turkish, using multiple satellite channels and online services.