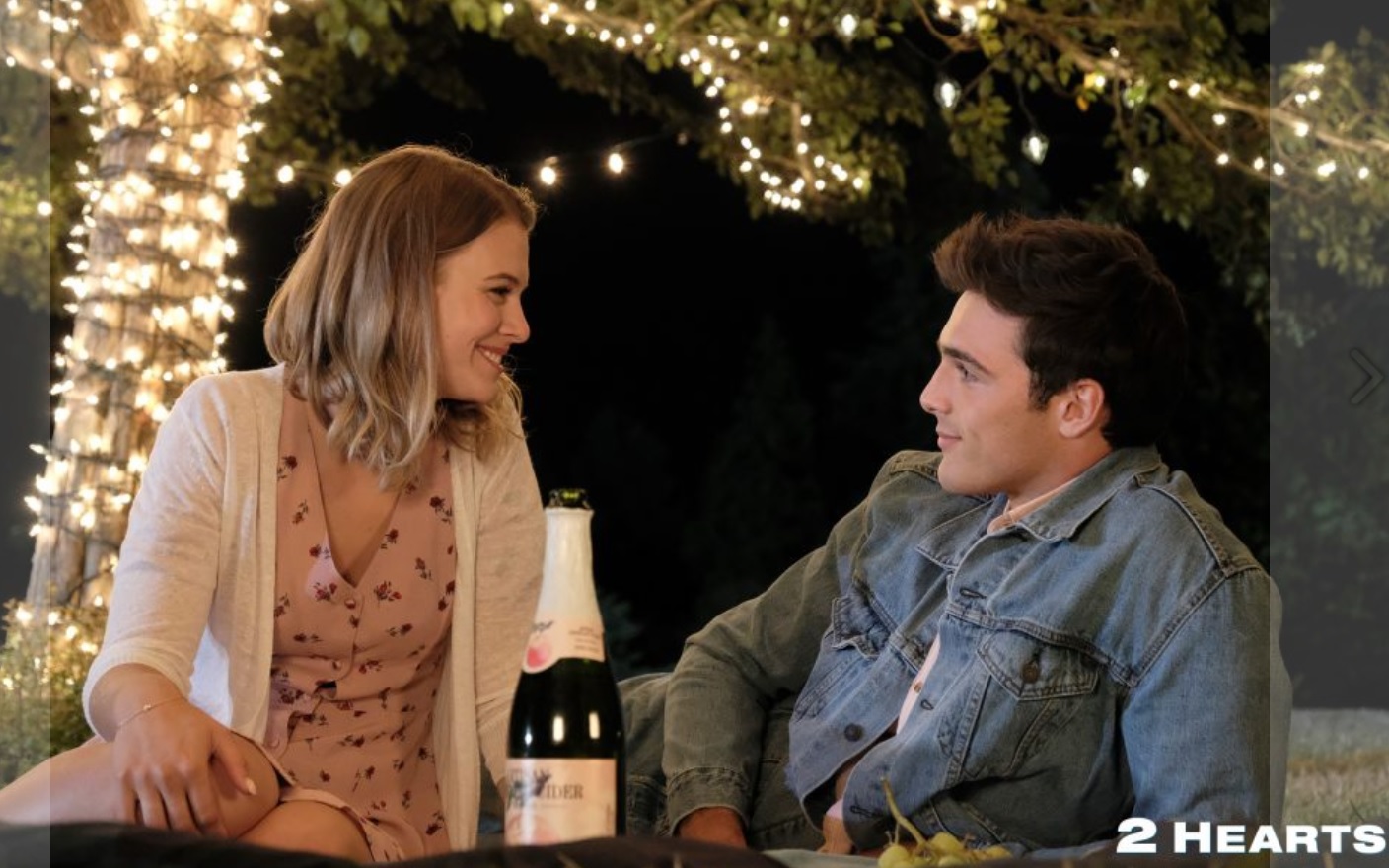 The inspiring new film 2 HEARTS premieres in theaters nationwide Sept. 11, 2020, with a true story of two couples, spanning decades, and the life-saving gift that defines their miraculous journey of discovering love and purpose.

“We wanted to share our story about the amazing, miraculous way life can unfold, even in the toughest of circumstances, which seems so appropriate for these times,” said Leslie Bacardi, who, along with husband Jorge, inspired the film.

For two couples the future unfolds in different decades and different places, but a hidden connection will bring them together in a way no one could have predicted. Based on an inspirational true story, 2 HEARTS is a romantic journey that celebrates life, love and generosity of spirit, and will strengthen our belief that miracles still happen.

Charismatic young Australian actor Jacob Elordi (Euphoria, The Kissing Booth, DEEP WATER) plays Chris, a college freshman whose love for a spirited classmate played by Tiera Skovbye (Riverdale, Once Upon a Time) helps him find the purpose he has been searching for.

Though they were never meant to meet, fate has something entirely unexpected in store for both couples that dramatically changes the course of their lives.

From Director Lance Hool, 2 HEARTS is written by Robin U. Russin and Veronica Hool and is produced by Conrad Hool and Lance Hool. Executive producers are Shawn Williamson, Aaron Au and Veronica Hool, and the film is from Silver Lions Films, distributed by Freestyle Releasing.