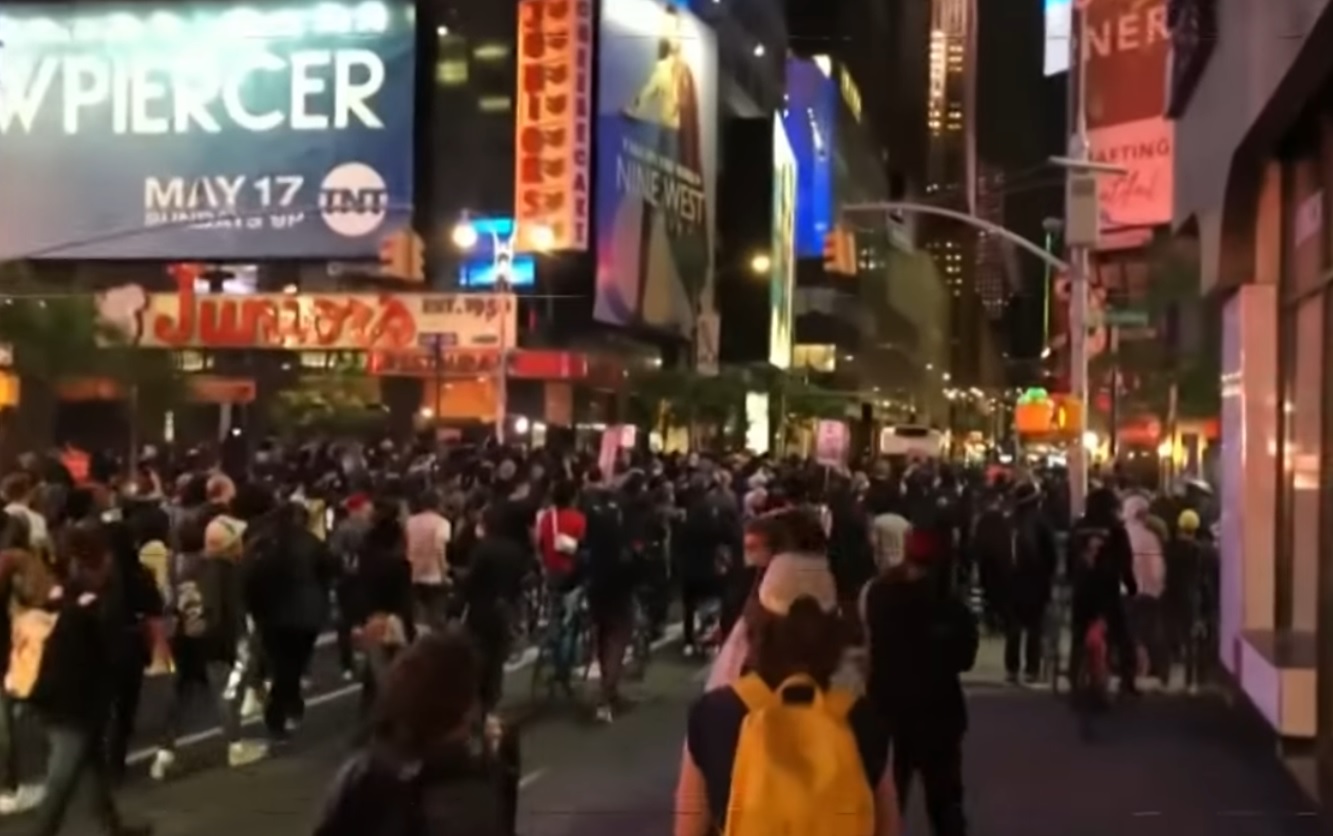 By Catholic League of Religious and Civil Rights,

“Anyone who tries to get in the water, they’ll be taken right out of the water.” That’s what New York City Mayor Bill de Blasio recently said about his corona virus policy. Who will take them out of the ocean? The cops. Can there be beach parties? Not unless everyone is at least six feet away from each other. If they are not, the cops will get them as well.

What if the beach-goers swell to the thousands and take to the streets, standing arm-in-arm, to protest racial injustice? Is that okay? Yes. Shouldn’t the cops enforce social distancing? No, not at all. What if the protesters get violent? No problem, the cops will go easy.

What if, instead of protesting, a very small group of people want to go to a church, synagogue, mosque, or temple? They don’t want to protest, just pray. They pledge to stay six feet apart. They promise not to engage in violence. Can they do so? No.

This is the mentality of Bill de Blasio, formerly known as Warren de Blasio-Wilhelm, and before that Warren Wilhelm, Jr. His inconsistent identity is not typical of his policies. He is very consistent there.

When a reporter for a Jewish newspaper asked him how he can justify throngs taking to the streets in a mass assembly, but cannot approve of a small church service, he got indignant. “Four hundred years of American racism, I’m sorry, that is not the same question as the understandably aggrieved store owner or the devout religious person who wants to go back to services.”

In other words, de Blasio decided to “privilege” protesters, many of whom suffer the pangs of “white privilege” (it is not the sons and daughters of the working class who are trashing the city), all because he thinks that protesting racism justifies jettisoning his shutdown.

What if the object of the protest was his racism? He has repeatedly promoted policies that discriminate against Asian Americans by denying them their earned seats in New York’s elite public schools. He likes racial quotas. His contempt for these “people of color” surely merits a protest. Would he allow it?

Would he allow black and Hispanic parents to protest his racism? Many minorities want school choice, and they overwhelmingly favor charter schools. Private, parochial, and charter public schools are doing more to promote upward social mobility than the public schools ever have. Why does he always seek to deny black and brown New Yorkers the same avenue to success that white rich people have? Would he give the green light to a protest against his racially discriminatory policies?

As for religious services, we know where his heart is. This is a man who raised money for the communists in Nicaragua when he was young, and traveled, illegally, to Castro’s Cuba for his honeymoon, lying to his own children about where it took place (he told them it was in Canada). This is not the biography of a man of faith.

De Blasio boycotted the St. Patrick’s Day Parade for years because he did not like the house rules for marching, and refused to criticize the owner of the Empire State Building for refusing to light the towers in blue and white in honor of Mother Teresa’s centenary. More recently, he lashed out at Rev. Franklin Graham—who brought medical staff to Central Park to attend to coronavirus patients—because the minister thinks marriage should be between a man and a woman.

This is the profile of an extremist. He throws the health of New Yorkers overboard to allow for a jammed protest he likes, and then invokes his health edict to ban people of faith from attending their house of worship. No wonder he is increasingly viewed with contempt.