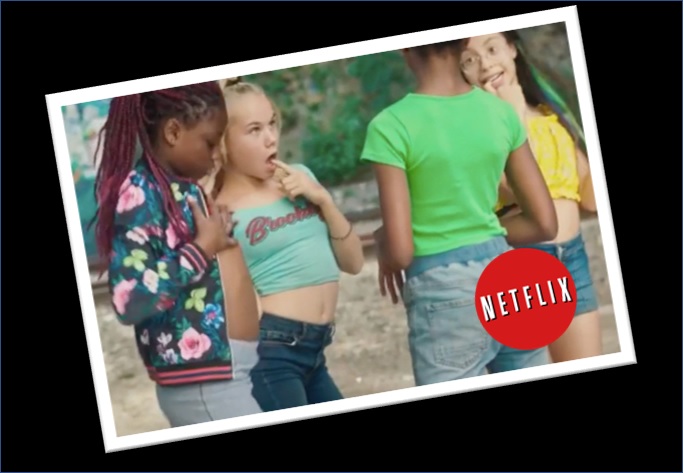 Netflix bills Cuties as a sex-comedy movie, but in reality it is more tragic than anything else. The content is outrageously graphic. According to the Internet Movie Database (IMDB), which prepared a guide for parents, Cuties is intended for mature audiences. That is why it branded the “sex and nudity” elements “severe.”

For example, IMDB says there are “Frequent scenes of 11 yr old girls dancing lewdly where the camera pans in and zooms in on the children’s buttocks, midsections, and crotches.”

There is also a scene where “an 11 yr old girl dressed in a tank and panties is splashed with water and begins twerking in a frenzied kind of way. On her feet bent over, on her knees, and on her hands and knees. Camera zooms in on her buttocks as she positions on all fours and twerks.”

Then there is the shot of an 11-year-old who takes a picture of her private parts before publishing it online. And so on.

Cuties seeks to normalize pedophilia. The producers say that is not their motive. Nonetheless, they cannot deny the effects of this wholly irresponsible portrayal of young girls. It will obviously appeal to some very sick men. Moreover, it sends a message to teenage males that it is okay to prey on subteens.

Those “open-minded” reviewers who like Cuties are either plain stupid or malicious. They complain about the sexual harassment of women, sexual abuse, and sex trafficking of young girls. They are livid over reports of pedophile priests. Where do they think these offenders got the idea that sexual exploitation is not unacceptable? Are they so dumb they cannot connect the dots? Or are they that depraved that they really don’t care?

There are several senators who have asked Netflix to pull Cuties. We wish them well. But we are supporting Sen. Ted Cruz. He is asking the Department of Justice to investigate Netflix with an eye towards possible violation of the federal law governing the production of child pornography. I will write to Secretary Bill Barr today.