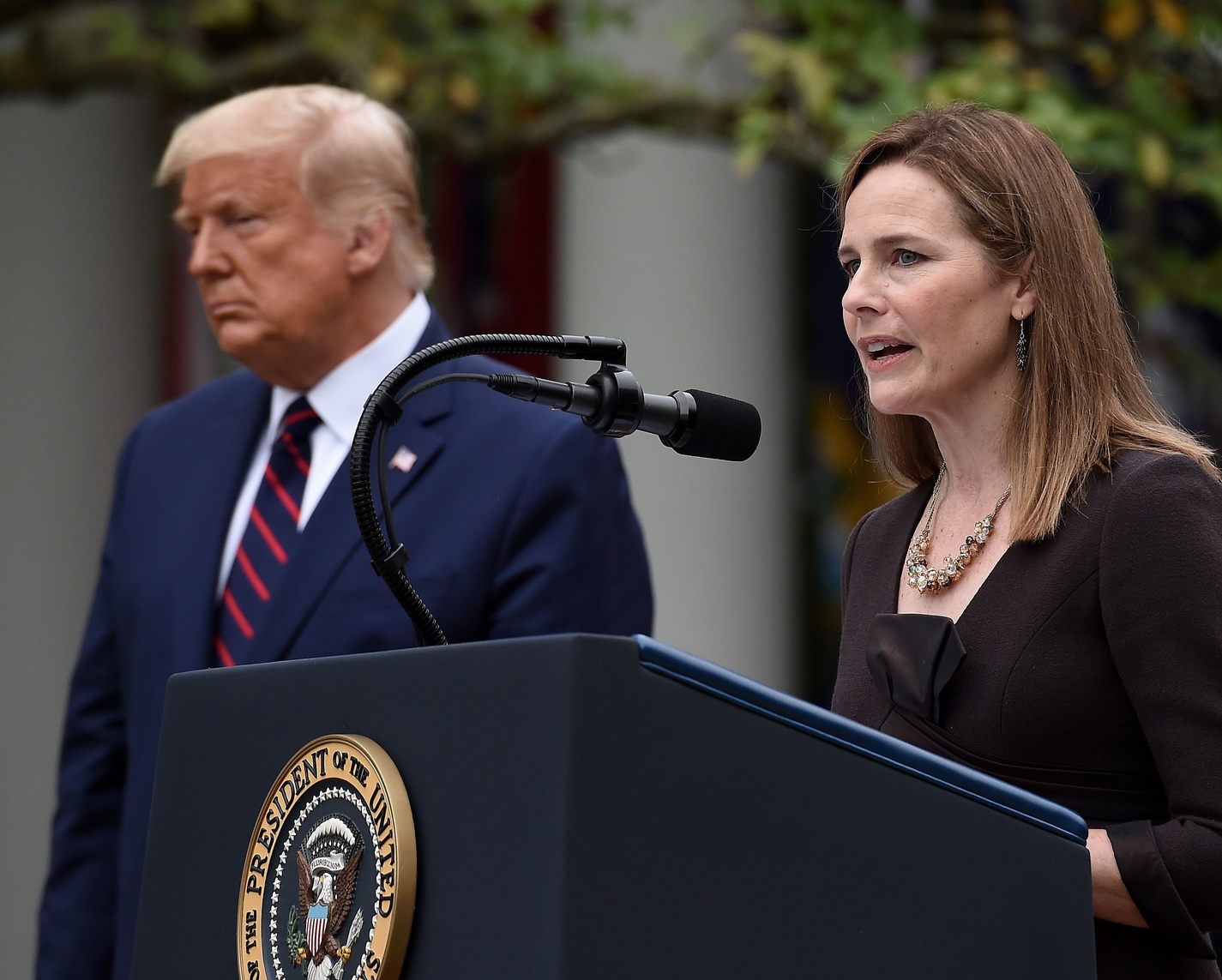 Wall Street Journal Reporter Peggy Noonan wrote in detail about the Judge and her connection to a popular group called People of Praise. During her article she mentions connections to Oregon a few times. Here are some excerpts from the article:

Connection to People of Praise:

“Judge Barrett is a Roman Catholic, like Joe Biden and Nancy Pelosi. Judge Barrett is also a member of a faith community called People of Praise, which is part of the Charismatic Renewal movement within the church that started in the 1970s, after Vatican II. The movement emphasizes personal conversion and bringing forward Christ’s teachings in the world. There are tens of millions of members throughout the world, and about 1,700 members of People of Praise in more than 20 cities in the U.S., Canada and the Caribbean. Judge Barrett is associated with the founding American chapter in South Bend, Ind.”

People of Praise and Oregon

“If they are right-wing religious extremists someone had better tell Pope Francis, who appointed a member of People of Praise’s South Bend community as auxilliary bishop of Portland, Ore. The pope has created a Vatican body to serve the renewal, and reminded the world-wide movement that its work must include service to the marginalized. Austen Ivereigh, author of an admired biography of Pope Francis and an essayist who writes with some asperity of conservative Catholicism, has written that although the Charismatic Renewal hasn’t been distinguished by its social commitments, “there are important exceptions to this story,” and People of Praise in South Bend is one. “

“There have been charges that women in People of Praise are encouraged to be submissive. One former member said as much to Reuters. Yet as O. Carter Snead, a Notre Dame law professor and director of the de Nicola Center for Ethics and Culture, notes, Amy Barrett—herself a law professor as well as a judge—appears to be failing at being submissive and a total disaster at being subjugated. Mr. Snead said an interview that he thinks People of Praise draws scrutiny in part because of nomenclature and terminology: “Even the name, People of Praise, sounds to the secular ear either corny or sinister. If you wanted to imagine a group in a dark dystopian hellscape, People of Praise is the name you’d give!” Joannah Clark, a local leader of People of Praise in Portland and the head of Trinity Academy, a People of Praise school, also appears to be failing at submissiveness. “I consider myself a strong, well-educated, happy, intelligent, free, independent woman,” she laughs. She has a doctorate from Georgetown. Trinity’s culture is “distinctly Christian” but “purposely ecumenical.” The emphasis is on reading, writing and Socratic inquiry. “Our three pillars are the humanities, modern math and science, and the arts—music, drama.” Do they teach evolution? They do. “We are normal people—there’s women who are nurses, doctors, teachers, scientists, stay-at-home moms” in the community. “We are in Christian community because we take our faith seriously. We are not weird and mysterious,” she laughs. “And we are not controlled by men.”

“What the people in that book are going through is horrible,” said Joannah Clark, who runs a People of Praise school in Portland, Oregon, and has known Barrett since college. The group does not require a loyalty oath, arrange marriages or force women to keep having children. It puts a premium on intellectual life and values education for men, women and children. Its well-regarded schools are attended by many nonmembers.”