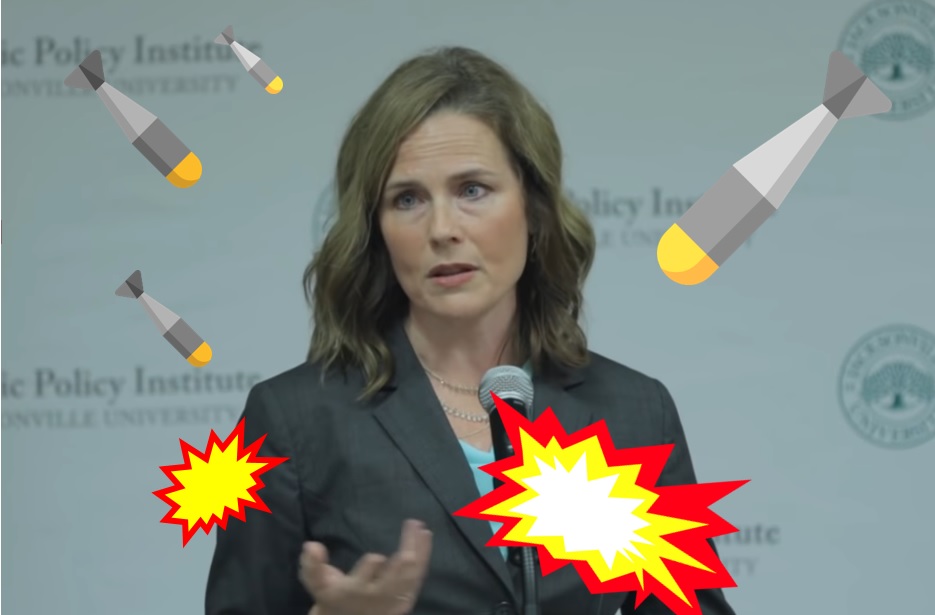 Ibram X. Kendi, an American author who was head of the Center for Antiracist Research at Boston University, compared Barrett and her husband to “White colonizers.” and said, “Some White colonizers ‘adopted’ Black children. They ‘civilized’ these ‘savage’ children in the ‘superior’ ways of White people, while using them as props in their lifelong pictures of denial, while cutting the biological parents of these children out of the picture of humanity”

Historian Ruth Ben-Ghiat Tweeted a comparison to Nazi’s , “…many authoritarians seized children of color for adoption by white Christians. Pinochet’s regime did this with indigenous kids and Nazis took Aryan looking Pole for German families. Trump takes migrant kids for adoption by Evangelicals”

So many attacks that Arizona Congressman Andy Biggs has introduced a resolution calling out the attacks and urging support for Amy Coney Barrett.