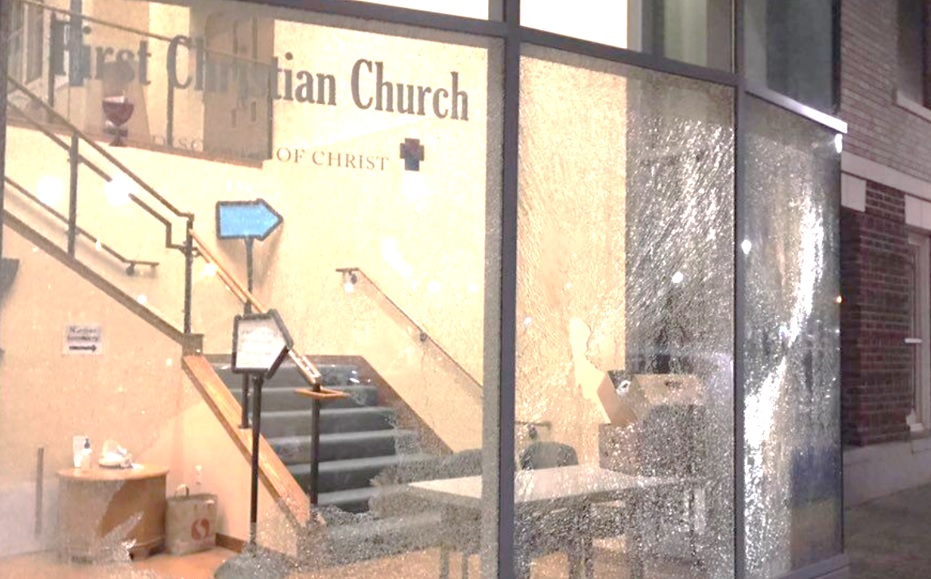 Two churches were damaged in extensive riots during Friday’s Portland protest.  The vandalism was part of a larger spree that impacted nearly a dozen blocks of downtown businesses.

Robin Knauerhase of the First Christian Church told KATU-2 news, “Destruction of property is never a good thing, but a house of God where we’re probably on the side of the people who were upset? It really just felt disappointing,” 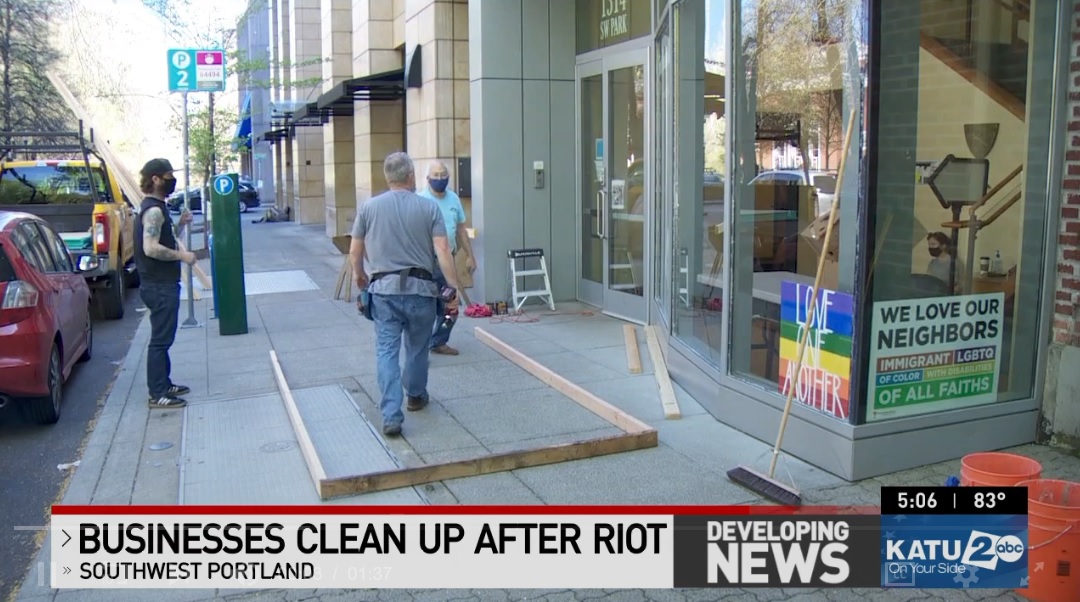 “By Saturday morning, local residents were left to sort through the aftermath: At First Christ Church on Southwest Park Avenue, parishioners put up plywood to cover the damaged windows, KGW 8 reported.”Sometimes when windows are broken in a riot, it’s not a specific statement by one individual,” lead pastor Cynthia McBride said, as she sought to uphold the church’s message of love and unity. “It’s more people who seem to be caught up in the angst of the moment.”
The church had been damaged once before in the past year. A police report noted that the church is “a location known for their generosity in feeding over a thousand meals weekly to the homeless.” McBride expressed her frustration that the church has to foot the cost of repairs again after already struggling financially due to the pandemic – money that might otherwise go toward fulfilling the church’s mission.”