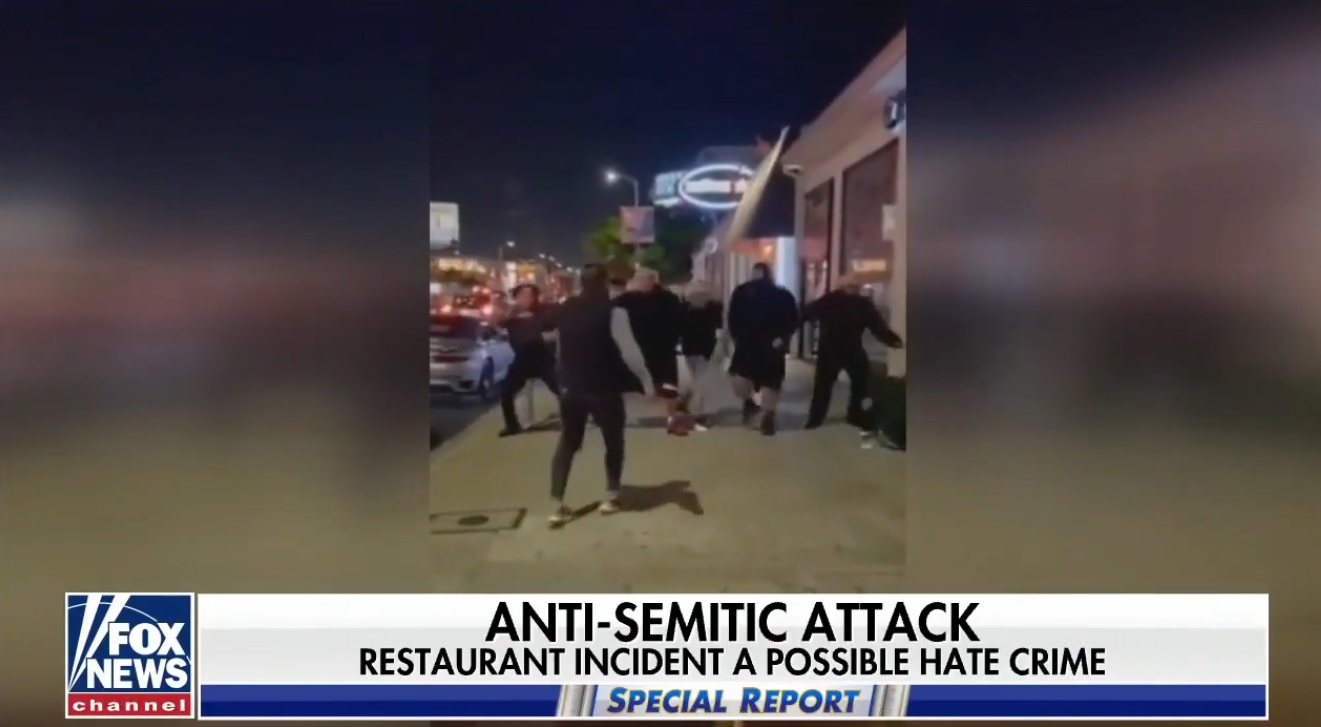 There is nothing new under the sun about protesters on opposite sides clashing in the streets. There is something different, however, when innocent people who are minding their own business get attacked simply because they are of the same racial, ethnic or religious stock of one of the parties to the protest.

This happened in Los Angeles on May 18 and in New York City on May 20. In both cases the victims were Jews and the attackers were Palestinians.

In the Los Angeles neighborhood of Beverly Grove, Palestinian protesters asked diners “who’s Jewish,” and then started screaming “death to the Jews.” The mob turned over tables, beat up the diners—one was knifed—and hurled glasses at others.

In New York, Jews who were dining out in the Jewish business district were called “F***ing Zionists,” spat upon and assaulted. This did not just happen in the Times Square Diamond District; it happened at several restaurants in New York City.

The big media ignored what happened. While ABC and CNN covered the clash between protesters in Times Square (the CBS and NBC New York affiliates did as well), only Fox News covered the assault on Jewish diners. There has been nothing from the Associated Press, the New York Times or the Washington Post.

If we don’t distinguish between protesters who clash in the street, and a mob that descends upon diners in a restaurant, we will only abet more of this savagery. The onus is on leaders in the Palestinian community to condemn these barbaric acts against innocent Jews.