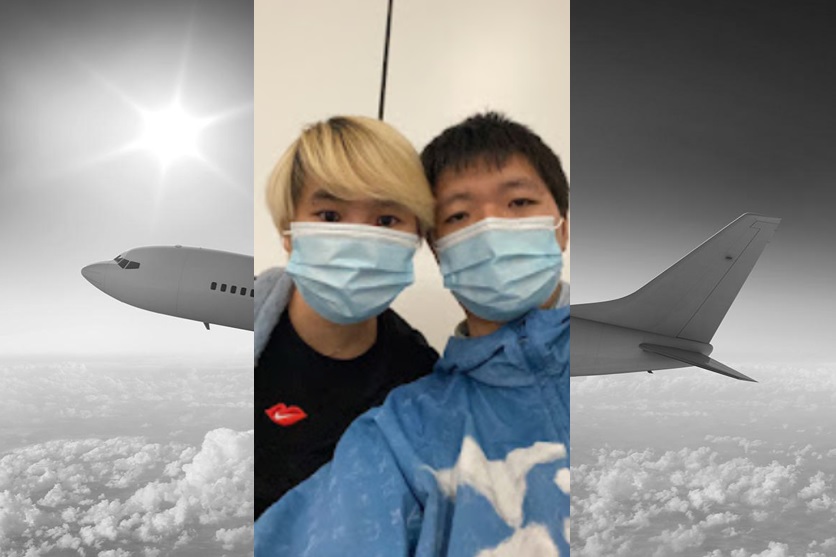 China Aid Association welcomes the safe arrival of Wang Jingyu and his fiancé, Wu Huan, to the Kingdom of the Netherlands where they have applied for political asylum after enduring persecution in China, United Arab Emirates (UAE), Turkey, and Ukraine.

Mr. Wang, a permanent resident of the United States, fled China in 2019 to live overseas when he was 17 years old for posting online support for the Hong Kong democracy movement. In February 2021, he posted on the Chinese social software “Weibo” questioning the number of Chinese soldiers killed in the Sino-Indian military conflict. This escalated the persecution by the Chinese Communist Party (CCP). As a result, he received threatening phone calls, his parents were arrested, and his personal information leaked online.

On April 5, 2021, he purchased an Emirates Airline ticket from Istanbul to Dubai to New York. However, when he arrived in Dubai for transit, he was inexplicably arrested by Dubai police. After his lawyer intervened, the police said he was arrested for insulting Islam which was eventually changed to endangering the national security of the UAE. During this process, officials from the Chinese Embassy in Abu Dhabi and the Chinese Consulate-General in Dubai visited Wang in prison multiple times.

After traveling to Dubai to help her fiancé, Ms. Wu was kidnapped and imprisoned on May 27 by Dubai officials in the Bur Dubai Police Station Detention Center for three days. Later, she was handed over to the personnel of the Chinese Consulate and was illegally detained until June 8, 2021 where she then escaped to Ukraine.

On May 28, Wang was taken to Turkey with no explanation. From there, he was able to flee to Ukraine, but the threat of re-arrest remained. The Chinese police sent an email to Wang threatening him with China’s extradition agreement with Ukraine.

With the direct rescue effort organized by ChinaAid and Freedom Seekers International, both Wang and Wu safely arrived in the Netherlands on July 19, 2021 where they have applied for asylum.

“The CCP’s direct barbaric threats and arbitrary detention in foreign soils against a U.S. permanent resident, Mr. Wang Jingyu, and his fiancée, Ms. Wu Huan, for simply exercising their freedom of speech demonstrates the danger the CCP poses to its citizens and the world,” said Dr. Bob Fu, founder and President of China Aid Association. “The world should wake up to the reality of the long arm of the CCP and its total disregard to the rule of law and ruthless persecution of innocent citizens.”

He continues, “ChinaAid calls upon the governments of the Netherlands and United States to take immediate actions to make sure the personal safety of Mr. Wang and Ms. Wu are protected from being further harmed by granting their asylum’s request according to international norms and domestic asylum laws. ChinaAid will continue to help rescue and protect those brave human rights advocates like these two when legally possible and practically viable.”