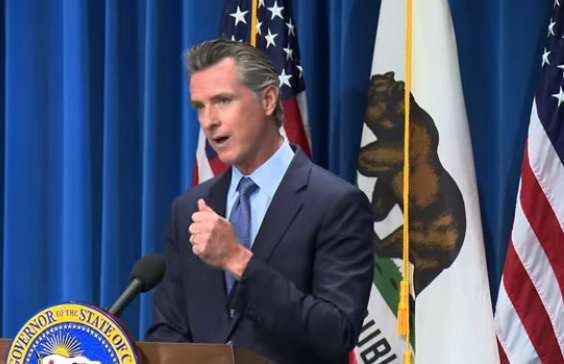 One year after Liberty Counsel filed the lawsuit on behalf of Harvest Rock Church and Harvest International Ministry against California Gov. Gavin Newsom, the full and final settlement of $1,350,000 was paid.

The money will be used by Liberty Counsel to continue litigation on behalf of other churches against COVID restrictions, including a case pending at the Supreme Court. A portion of the payment also will be used to pay off the mortgage on Liberty Counsel’s ministry center in Washington, D.C. which hosts many Bible studies and various religious gatherings. Ironically, the payment from California which had the worst COVID restrictions on churches and places of worship, will be used to advance Bible studies and worship in the nation’s capital.

Newsom originally imposed the most severe restrictions on churches and even home Bible studies and worship in the nation. Now after multiple reprimands from the U.S. Supreme Court, including two on behalf of Harvest Rock Church and Harvest International Ministry, Gov. Newsom is now the first governor in America to have a permanent injunction against him on behalf of houses of worship.

This case involved three emergency injunctions pending appeal at the Ninth Circuit Court of Appeals, two oral arguments before a panel of three judges, two orders from the U.S. Supreme Court, including an injunction pending appeal issued by the High Court on February 5, 2021.

The timeline for actions regarding California’s worship restrictions include:

– May 17, 2021 – and Forever: Discriminatory restrictions on churches permanently removed

The settlement referenced several Supreme Court opinions, including Harvest Rock Church v. Newsom, that include a long list of similar nonreligious activity the High Court set forth as comparable gatherings. These include grocery stores, warehouses, big box stores, transportation, infrastructure, telecommunications, and much more. In other words, churches and places of worship may never again have discriminatory restrictions placed on them that are not equally applied to a long list of “critical infrastructure” or “essential services” as outlined in several Supreme Court precedents cited in the settlement agreement.

Pastor Ché Ahn, founder of Harvest Rock Church and Harvest International Ministry, previously received a letter from the Pasadena Criminal Prosecutor threating him, the staff, and anyone who attends church with daily criminal charges each up to one year in prison, and daily fines of $1,000. Despite this intense opposition, Pastor Ahn stood against these unconstitutional executive orders. He risked criminal charges and fines, as did those who worked for the church and those who attended. Thanks to his leadership, every church in California is now free.

Liberty Counsel Founder and Chairman Mat Staver said, “Governor Gavin Newsom has been permanently quarantined from imposing unconstitutional restrictions on churches and places of worship. It has been a year-long battle, but we are grateful for Pastor Ché Ahn, Harvest Rock Church, and Harvest International Ministry. Pastor Ahn’s leadership and courage has toppled the tyranny and freed every pastor and church in California. The settlement in this case to help recover attorney’s fees and costs only covers a small portion of the enormous expense to defend priceless freedom. How fitting that the worst suppressor of religious worship in the nation ends up funding religious worship in the nation’s capital.”