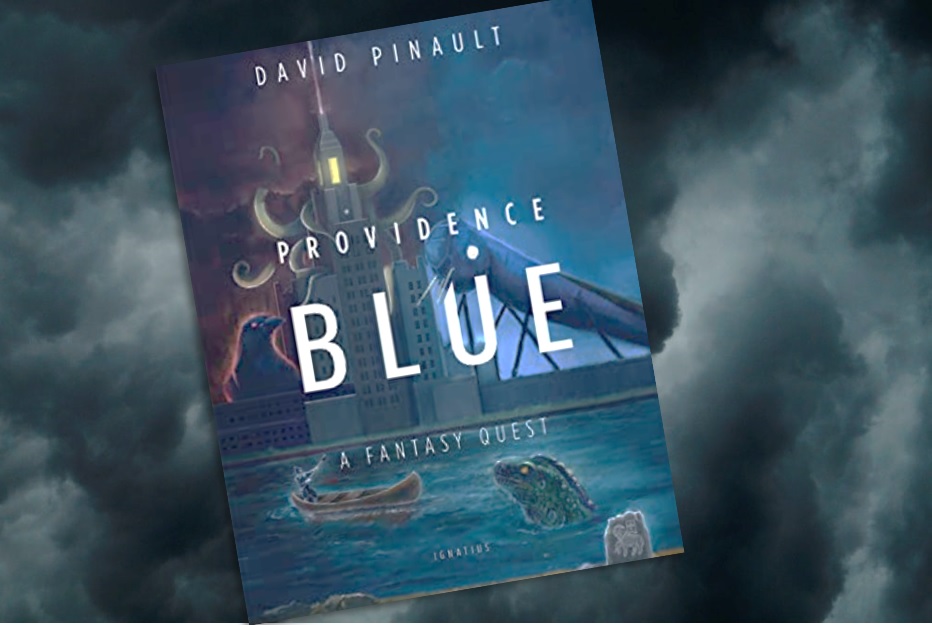 Author David Pinault imagines a fantastical world of controversial poets and writers and what happens when they pass from this world to the next in his new novel, PROVIDENCE BLUE: A FANTASY QUEST (Ignatius Press). Pinault urges readers to contemplate what happens after death and if despair can be transcended by hope in Christian promises.

At his typewriter in little Cross Plains, Texas, Robert E. Howard created big characters — Bran Mak Morn, Solomon Kane, Conan the Barbarian — who shaped the art of fantasy fiction for generations. But Howard would never know it. On June 11, 1936, at the age of thirty, he shot himself outside his country home. Why would he do it, and where could death have taken him?

Pinault, Ph.D., is a professor emeritus of religious studies at Santa Clara University. He is the author of the acclaimed work The Crucifix on Mecca’s Front Porch. His other publications include Notes from the Fortune-Telling Parrot, The Shiites: Ritual and Popular Piety in a Muslim Community and the novel Museum of Seraphs in Torment.

PROVIDENCE BLUE imagines the strange underworld journey of Howard after his suicide, through Texas flatlands, ancient Egyptian ruins and New England city gutters. Meanwhile, as his girlfriend, Novalyne Price, investigates what caused the tragedy, she is led to Providence, Rhode Island, home of the horror writer H. P. Lovecraft, where she makes a terrifying, life-changing discovery.

Pinault makes good use of his time spent in Providence, Rhode Island, to bring readers along for the ride at various landmarks and rivers in the city where the majority of the novel takes place.

“Ancient evil tangles in the present day as Pinault weaves together the artistic legacies of Edgar Allan Poe and Robert E. Howard, pitting them against Lovecraft’s Cthulhu Mythos and drawing librarian detectives into the dark and perplexing mysteries hidden behind what seems to be everyday reality,” said Eleanor Nicholson, author of A Bloody Habit. “Even as the novel battles against materialism and the practical scope of Lovecraftian prejudice, it engages with very personal questions of death and redemption. In its very strangeness, this book articulates hope.”