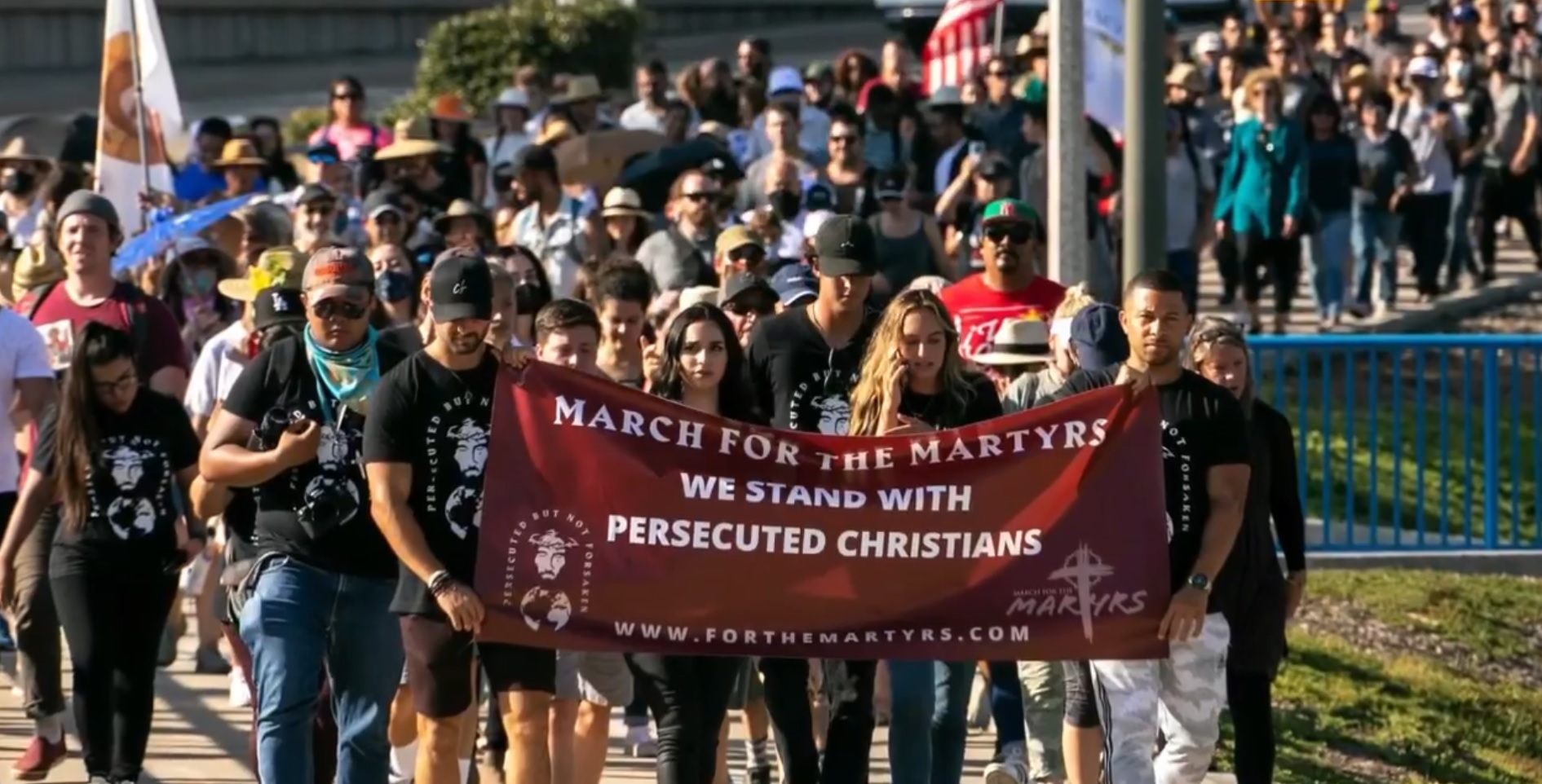 More than 340 million people around the world suffer persecution for practicing their Christian faith – making it the largest persecuted religious group. In solidarity with them, and to help raise awareness, the 2nd annual March for the Martyrs will take place in Washington, D.C., on Sept. 25, 2021.

It’s the first time the March, hosted by For the Martyrs, will be held in our nation’s capital.

“We all see what’s going on in Afghanistan right now. Christians are being hunted down and killed. This is happening in so many other nations across the world, and so few people are talking about it. That’s why we’ve chosen to move the March for the Martyrs to Washington, D.C.,” said Gia Chacon, president of For the Martyrs.

“More than 1000 participants, dressed in red, will march for and with all Christian denominations and people of good will,” added Chacon. “I believe we can all unite around this cause – with one voice – as the body of Christ in the United States advocating for our persecuted brothers and sisters.”

The persecution of Christians is widely ignored by the media and often overlooked within communities of faith. For this reason, For the Martyrs is on a mission to place Christian persecution on the forefront of the fight for human rights.

In addition to Ms. Chacon, speakers include:

For this year’s event, The Catholic Connect Foundation, Open Doors USA, In Defense of Christians, Liberty University’s Freedom Center, and Students for Life have signed on as official co-sponsors.

“Jesus people, of all different backgrounds, need to rally as one for those who are persecuted, oppressed and murdered for their faith in Jesus. March for the Martyrs is the moment to let our collective voice be heard,” said Open Doors USA’s David Curry.

The March is organized by For the Martyrs, a nonprofit organization that seeks to raise awareness about the crisis of Christian persecution, advocate for religious freedom and provide aid to suffering Christians across the globe. It was established in 2019.

Gia Chacon is a humanitarian, motivational speaker and founding president of For the Martyrs. She first began her humanitarian efforts in 2017 and has since traveled to Central America, East Africa and throughout the Middle East.