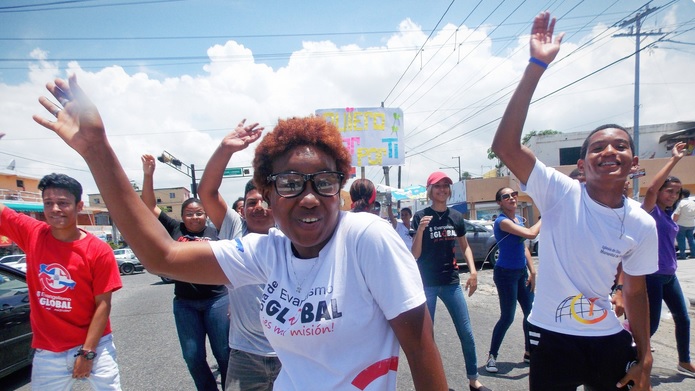 An estimated 50 million Christians worldwide are sharing their faith on GO Day, May 28th. May is GO Month, and Christians have been sharing their faith through creative outreaches in Brazil, caring outreaches in the largest slum in Africa – Kibera, Kenya, as well as in Nepal, Myanmar, the Philippines, the Dominican Republic, Costa Rica, Mexico, the United States, and many other nations.

“The GO MOVEMENT is a united collaborative effort of many denominations and ministries to mobilize and equip every believer to be a witness and to reach the world together,” said GO Movement International Director Beat Baumann. “In 10 years over 64 million people got saved and over one billion people reached in this collaborative effort. The GO MONTH and GO DAY in May are a catalytic momentum with millions of active believers to pray, care, and share. The GO DECADE has the goal to reach every person with the Gospel according to Matthew 28:19 by 2030.”

Stephen Douglass, President Emeritus of CRU, said. “God is causing a crescendo in his movement on earth. We have the incredible privilege of being a part of it.” Former World Evangelical Alliance President Bishop Efraim Tendero said, “I appeal to everyone, that we share the good news of salvation.”

“Everyone can reach someone,” says Werner Nachitigal, International President of the GO Movement. “The Gospel is the greatest message ever! We will flood the world with the love of God.”

GO Month was launched with a worldwide prayer meeting hosted by the International House of Prayer in Kansas City and online by GODTV. The prayer meeting brought together millions of Christians worldwide with a special emphasis on prayer for Ukraine, China, India, and the Middle East.