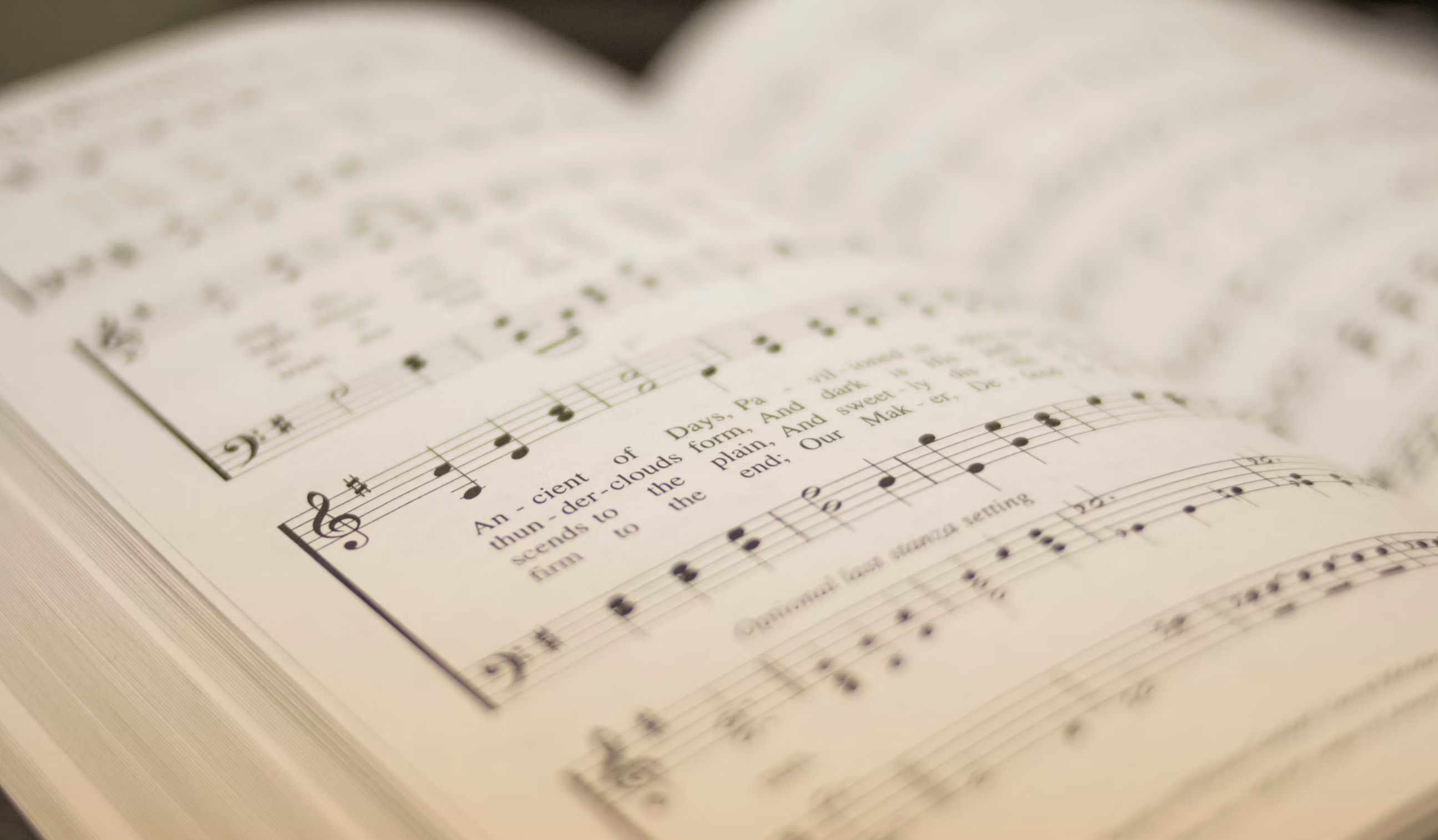 Note from Randy: I really love this article by Scott Hubbard, editor at Desiring God, for several reasons. It is so powerful from a missions perspective. Plus, I’m a huge fan of Isaac Watts who was not only a hymn writer but also a great theologian.

Watts wrote Nanci’s and my favorite Christmas hymn, which is actually a New Earth hymn. It is then and not until then that the Curse will be finally lifted! How far does Christ’s redemptive work extend? Isaac Watts: “He comes to make His blessings flow / Far as the curse is found.” A redemption that failed to reach the Curse’s farthest boundaries would be incomplete. God won’t be satisfied until every sin and sorrow is reckoned with!

When I think about Watts’s hymn  “Jesus Shall Reign,” I think of Daniel 7 and Isaiah 60 and other prophecies of God‘s reign and the New Earth redeemed national leaders under Him, which I speak of in “God’s Kingdom…And Ours.”

Listen to these great insights Scott offers on this wonderful hymn.

The Remarkable Story of the First Missionary Hymn

On Pentecost Sunday 1862, as Western eyes watched civil war rip through America, an event just as momentous unfolded half a world away, hidden from every headline. Some five thousand men and women, many of them former cannibals, gathered on a South Pacific island to worship Jesus Christ.

George Tupou I, the first Christian king of Tonga, had assembled his citizens as part of a ceremony commemorating a new code of laws. And there, “under the spreading branches of the banyan trees,” writes George John Stevenson, with the king surrounded by “old chiefs and warriors who had shared with him the dangers and fortunes of many a battle,” five thousand voices sang,

Jesus shall reign where e’re the sun
Does his successive journeys run;
His kingdom stretch from shore to shore,
Till moons shall wax and wane no more.

For centuries, the sun had run from east to west, the moon had waxed and waned, over a Tonga without Christ. His gospel had not yet reached Tonga’s shores; his kingdom had not yet touched Tongan hearts. But now, a new nation rose to sing his reign.

Although the words were not in the Tongans’ mother tongue (the song having been taught to them by Methodist missionaries), few lyrics could have described the situation in Tonga more fittingly. For by 1862, the hymn told their history.

“Christ’s Kingdom Among the Gentiles” — or, more commonly today, “Jesus Shall Reign” — has been labeled by some “the first missionary hymn.” Almost a century before the modern missionary movement, before William Carey sailed to India, and Adoniram Judson to Burma, and Hudson Taylor to China, and Methodist missionaries to Tonga, the English minister Isaac Watts (1674–1748) penned a hymn of Christ’s coming reign: a reign that would reach islands far beyond Britain and gather tongues far different from English.

To look out over unreached lands and sing “Jesus shall reign” is always a cry of faith, but Watts needed far more faith than we do today. The mustard seed of the kingdom had grown large by 1719 (when Watts published the hymn), but its branches had not yet spread far beyond the Western world (Matthew 13:31–32). It was not the kind of tree we see today, sheltering multitudes of peoples far south and east of Europe and North America.

Nevertheless, Watts knew his Bible — and in particular, he knew Psalm 72, of which “Jesus Shall Reign” is a Christian paraphrase. And so, by faith he sang of the day when “the whole earth [would] be filled with his glory” (Psalm 72:19).

Song in the South Seas

Two themes dominate the hymn the Tongans sang 160 Pentecosts ago: the universal reach of Jesus’s reign, and the unrivaled blessings of that reign. The risen Christ is on the move, undeterred until his blessed foot treads every coastland and continent, every inland and island, from Israel to England to Tonga. The Tongans sang because Christ’s reign had reached even them, and because his was the kind of reign to make one sing.

The first stanza of Watts’s hymn, quoted above, finds its inspiration from words like these:

“A boundaryless, timeless kingdom calls for an omnipotent, eternal King.”

Psalm 72 comes from Solomon’s hand, written in the first place as a tribute to “the royal son” (Psalm 72:1). Clearly, however, the psalm speaks of a king greater than Solomon, even at the height of his strength: this royal Son’s kingdom is boundaryless (“to the ends of the earth”) and timeless (“endure forever”). And a boundaryless, timeless kingdom calls for an omnipotent, eternal King.

Far before 1862, then, God had planned to give Tonga to his Son. And so, Solomon, inspired by the Spirit, sang of the day when “the kings . . . of the coastlands [would] render him tribute” (Psalm 72:10), captured in the second verse of Watts’s hymn:

Behold the islands with their kings,
And Europe her best tribute brings;
From North to South the Princes meet
To pay their homage at his feet.

On Tonga, one more island and one more king rendered tribute to Jesus. One more southern coastland paid homage at his feet. One more prince found his place in ancient prophecy, and bowed before the God who had pursued him.

Conquered peoples seldom sing the reign of their new king — at least not willingly and gladly. Yet here is where Christ’s kingship differs so markedly from “the kings of the Gentiles” (Luke 22:25), for he conquers in order to bless. As Watts puts it,

Blessings abound where e’re he reigns,
The prisoner leaps to lose his chains,
The weary find eternal rest,
And all the sons of want are blest.

Wherever King Jesus plants his scepter, flowers bloom in fields of thorns, prisoners run for release, and the weariest of all finally rest. He is, Solomon says, “like rain that falls on the mown grass, like showers that water the earth!” (Psalm 72:6). And therefore, “May people be blessed in him, all nations call him blessed!” (Psalm 72:17). In 1862, the Tongans were, and did.

Some today may cringe at the claim that a nation like Tonga needs Jesus — indeed, is lost without him. The idea may sound like it belongs to the Age of Imperialism. But those who have felt sin’s bone-bruising chains, and the black cell of guilt, and the impossibility of escape — and have heard, at last, the King’s “come forth!” — cannot cringe. Rather, we sing.

Some of the Tongans, remember, had eaten humans. But now, those very mouths were praising the risen Christ. We may be more civilized sinners, but we have similar stories to tell, don’t we? The hands that once flew in rage now gently rise in praise. The feet that once fled to the far country now carry us to worship. The minds that once invented evil now weave good works. The eyes that once feasted on all that’s forbidden now gladly gaze at Christ.

Whatever the culture or background, Jesus reigns to bless — to redeem all the good, remove all the bad, and scatter gifts with open hands.

On Pentecost 1862, while the newspapers reported the progress of war, God was quietly advancing his kingdom among the coastlands. The tree from the mustard seed sprouted a new branch; the leaven of the kingdom rose a little higher. And so, on Pentecost 2022, we might reasonably wonder what marvels God is working outside the day’s headlines. Perhaps this morning, a nation on some far distant island began to sing his reign.

Regardless, we can join Watts, King George, and the five thousand Tongans to say it shall be. “Jesus Shall Reign” is not a prayer, but a declaration, and rightly so. For the day is coming soon when the psalm and the hymn will find their fulfillment, when the flag of the slain Lamb will wave on every hill, and every tongue will hail the reign of Christ the blessed Lord.

This article originally appeared on Desiring God and is used with permission of the author.