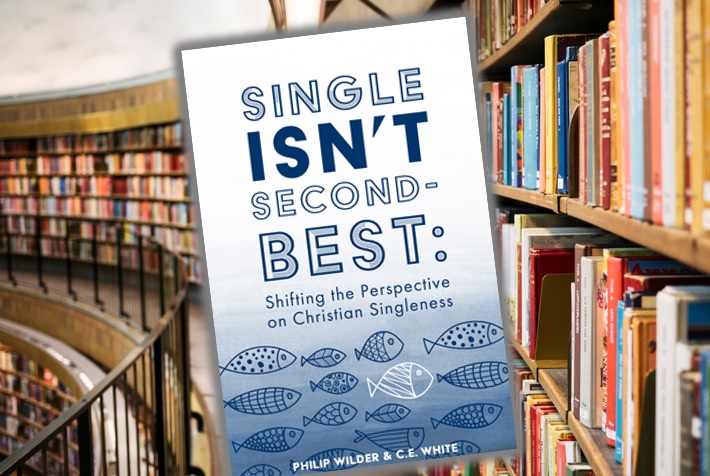 Our culture often makes us feel like our lives aren’t complete without romance, sex, a spouse, or at least, a significant other. Single Isn’t Second-Best—a new release by Philip Wilder and C.E. White—pushes back against that idea.

Single Isn’t Second-Best reminds singles that their lives are not incomplete. God has a unique plan for each of us, and he doesn’t short-change our purpose if that life doesn’t include a spouse. In the 1950s, the number of married people was nearly double that of singles. This gap has been shrinking ever since, and the groups are now almost equal, yet the topic is rarely addressed. Wilder says, “We wrote this book so singles would feel heard, understood, and valued. It’s the book I wish I’d had when I was a young single.”

This book helps singles who may desire marriage find contentment in the life they have and reveals some of the unrealistic ideas many have about marriage. It also tackles the hard things like loneliness, sex, the desire for kids, and gives practical advice on moving forward in life even if you don’t have everything you want. Single Isn’t Second-Best is the book every young single needs to help them embrace their lives now and place their identity and hope not in their relationship status, but in Christ.

About the Authors:
Philip Wilder has been writing since the age of seven and spent two years undercover as a missionary in the Middle East. He now works as a traveling missionary with the Great Commission Alliance. Philip writes to challenge believers to adventurous and Christ-filled lives through wild steps of faith. More at www.philipwilder.com.

C.E. White (Connie) is an author of middle-grade fantasy, children’s books, and Christian non-fiction for adults. She longs to inspire people of all ages with imagination and words of hope. Connie lives happily in the mountains of North Georgia with her husband and two cats. More at www.cewhitebooks.com.