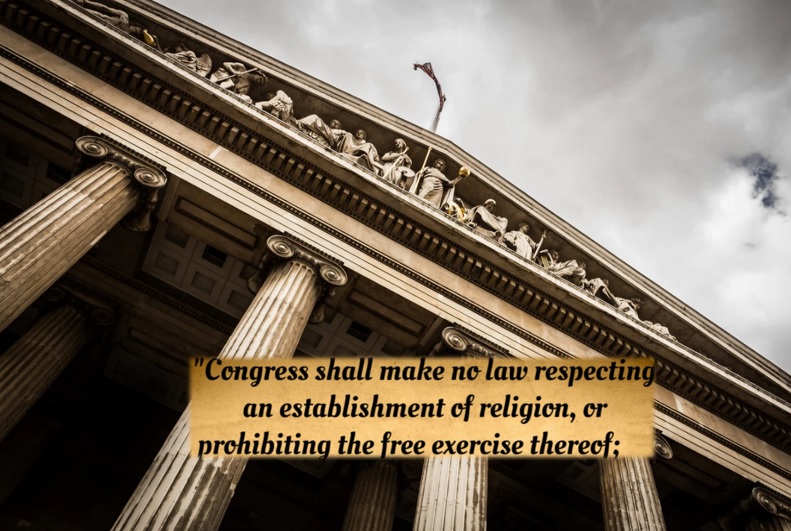 Members of the U.S. Senate have proposed an amendment to HR 8404, the so-called Respect for Marriage Act, that fails to provide protection for people or organizations with sincerely held religious beliefs about biblical marriage.

The proposed amendment does nothing to protect religious liberty because the Religious Freedom Restoration Act only applies to the federal government. Therefore, state action will not be affected.

The amendment states: “Nothing in this Act, or any amendment made by this Act, shall be construed to alter or abrogate a religious liberty or conscience protection otherwise available to an individual or organization under the Constitution of the United States or Federal law. H.R. 8404, Section 6(a). The Amendment severely restricts the purported exemption for religious organizations by restricting it to a limited subset of only nonprofit entities. H.R. 8404, Section 6(b) (Consistent with the First Amendment to the Constitution, nonprofit religious organizations, including churches, mosques, synagogues, temples, nondenominational ministries, interdenominational and ecumenical organizations, mission organizations, faith-based social agencies, religious educational institutions, and nonprofit entities whose principal purpose is the study, practice, or advancement of religion, and any employee of such an organization, shall not be required to provide services, accommodations, advantages, facilities, goods, or privileges for the solemnization or celebration of a marriage.”

Nothing in HR 8404 or the proposed amendment will provide any protection for religious individuals or organization, and the subsequent amendments to the bill exclude a large percentage of constitutionally and statutorily protected religious organizations.

If HR 8404, the so-called Respect for Marriage Act, passes, gender will be irrelevant, not only in marriage, but also in any aspect of American life.

In addition, Congress does not possess the constitutional authority to define marriage and to enact such legislation under Article I. In striking down the Defense of Marriage Act (DOMA), the reverse of the ill-named Respect for Marriage Act, the U.S. Supreme Court stated in United States v. Windsor that “[b]y history and tradition the definition and regulation of marriage . . . has been treated as being within the authority and realm of the separate States.”

By comparing HR 8404 to DOMA, the bills are virtually identical with the opposite conclusion. DOMA said that marriage would only be recognized at the federal level as between a man and wife. HR 8404 by contrast, expands that definition to include all individuals. If Congress cannot enact the one, then the necessary constitutional corollary is that Congress cannot enact the other as well.

Liberty Counsel Founder and Chairman Mat Staver said, “HR 8404 will trample upon religious freedom. It will undermine the 303 Creative case currently before the U.S. Supreme Court and will force individuals who engage in artistic expression to violate their religious convictions concerning marriage. Congress has absolutely no authority to regulate marriage within the several states. This bill should be defeated now or it will be defeated in the courts later.”